Terrorists shot at SPO Sameer Ahmad near his residence in the Hanjan area of Pulwama. 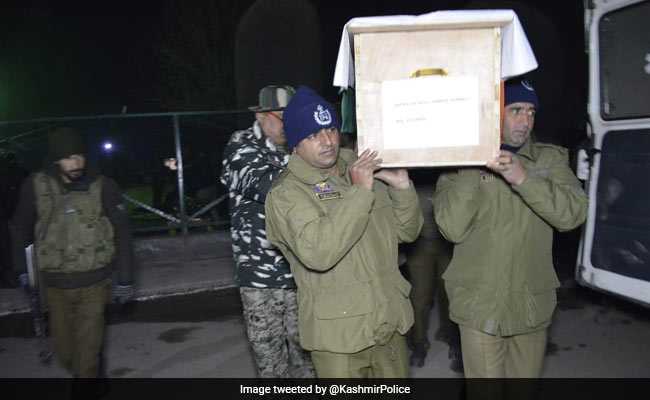 The wreath laying ceremony of the SPO was held today.

Terrorists shot at SPO Sameer Ahmad near his residence in the Hanjan area of Pulwama in south Kashmir, a police official said.

We have lost a colleague #Sameer Ahmad Mir in a #terror incident at #Pulwama. We condemn this gruesome killing & pay our sincere tributes to the #martyr. Our thoughts & prayers are with the grieving family at this juncture. RIP. @JmuKmrPolice

Mir Ahmad was rushed to a hospital, he said, adding that however, the SPO succumbed to his injuries.

The police had filed a case in this regard, the official said.