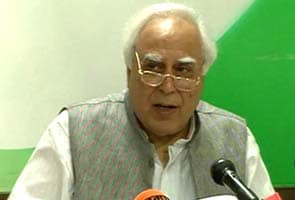 Pesky calls and messages are a menace not only for common people but also for Telecom Minister Kapil Sibal, who said that he too is a victim of the unsolicited communications and has discussed these issues with the telecom regulator.

"Trai is taking it up (pesky calls/SMSes issue). I also face lot of problem. Every two minutes I get such SMS," Mr Sibal told reporters at the Worldwide Cybersecurity Summit in New Delhi.

"People...used international servers (to send such SMSes), but that also has been stopped. I met Trai Chairman. He will ensure that this is not going to happen anymore," he said.

Meanwhile, at another event, Trai Chairman Rahul Kullar, responding to a query on pesky calls, said, "You will see something by November 5."

Trai in draft "Telecom Commercial Communication Customer Preference (Tenth Amendment) Regulations, 2012" has proposed disconnection of resources of entities for whom the promotion is being carried out after 10 violations.

The draft calls for providers to put in place a mechanism to block the delivery of unsolicited SMSes with similar signatures from the source which sends more than a specified number of promotional SMSes per hour.

It has proposed that operators take an undertaking from consumers, at the time of purchase, that the SIM purchased shall not be used for telemarketing purpose.

It also said the operators should take an undertaking from transactional message sending entities that they would use only registered telemarketers for their promotional activities.

Promoted
Listen to the latest songs, only on JioSaavn.com
The draft proposes to help consumers lodge complaints of such communications by sending an SMS to 1909, while asking telecom operators to inform subscribers through text messages at least twice a year against sending any commercial communication to others.