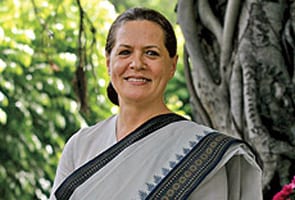 New Delhi: Congress president Sonia Gandhi has travelled abroad for what her party describes as "a routine checkup."  She is expected to return in four or five days, said spokesperson Janardhan Dwivedi.

Promoted
Listen to the latest songs, only on JioSaavn.com
In August last year, Mrs Gandhi travelled to the United States for surgery, and spent nearly six weeks there.  Her party had not officially disclosed which hospital she was checked into, or her doctors' diagnosis.  Different media reports had claimed Mrs Gandhi was at the Sloane-Kettering Cancer Centre in New York, though this was not confirmed by Congress spokespersons.

At the time, Mrs Gandhi had set up a core team of people including her son, Rahul, to manage the party's affairs.