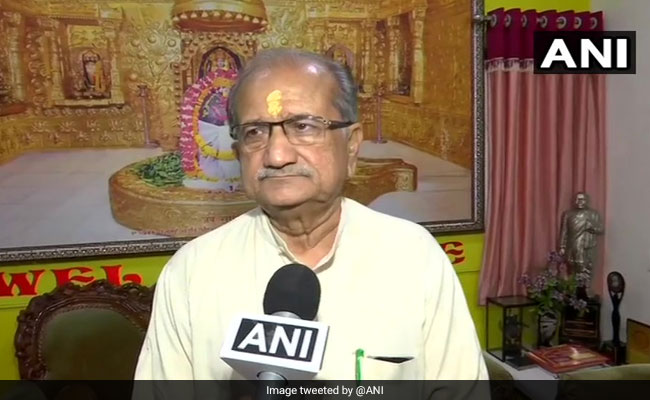 The threat of Cyclone Vayu hitting Gujarat may have receded with the storm changing course overnight, but as the state prepared for the worst on Wednesday and evacuated over three lakh people, a minister firmly refused to shut the Somnath Temple. Bhupendrasinh Chudasma, the Gujarat Education Minister, said the famous temple in Saurashtra would remain open as "aarti (prayers)' being performed since many years can't be stopped".

"This is a natural disaster. Only nature can stop it (Cyclone Vayu). Who are we to stop nature? We have requested tourists not to visit, but 'aarti (prayers)' being performed since many years can't be stopped," the minister told news agency ANI on Wednesday.

The Somnath Temple was hit by strong, dusty winds yesterday as the cyclonic storm was approaching. Photographs showed the roofs of some buildings had been blown off by the storm. 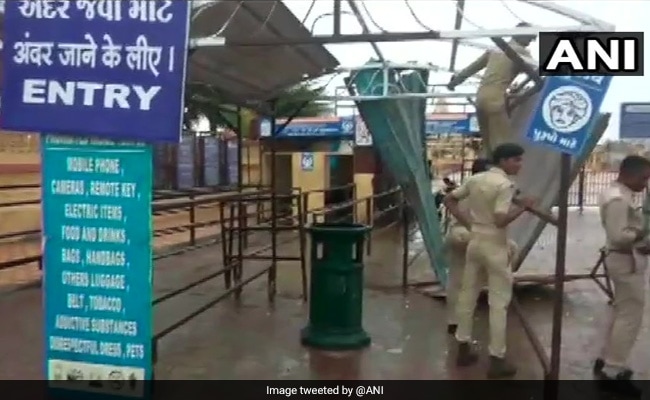 The temple lies between Porbandar and Veraval, along the stretch of coastline where Cyclone Vayu was expected to make landfall.

#WATCH Gujarat: Strong winds and dust hit the Somnath temple in Gir Somnath district ahead of the landfall of #CycloneVayu, expected tomorrow. pic.twitter.com/CgVFYJvpeH

In anticipation of the cyclone, 70 trains had been cancelled and schools and colleges along the coastline had been closed. Flight operations at several regional airports had been suspended for 24 hours.

Chief Minister Vijay Rupani had asked tourists from areas such as Dwaraka, Sasan, Kutch and Somnath to leave for safer places.

"Prime Minister Narendra Modi and Amit Shah are monitoring the situation from Delhi. Temples can't be closed. We will request them (devotees) to come late evening or tomorrow," Mr Chudasma said.

Cyclone Vayu, which had intensified into a "very severe cyclonic storm" yesterday, changed course and, as of 9.45 am, is moving further into the sea.

Authorities, however, are to remain on alert for the next 48 hours.

"Cyclone Vayu won't hit Gujarat. It will pass nearby from Veraval, Porbandar and Dwarka. Its effect will be seen on the coastal regions as there will be heavy wind speed and heavy rain as well," Manorama Mohanty of the Met Department said in Ahmedabad.