This is the third major encounter in the last 48 hours, and 10 terrorists have been killed in Kashmir. 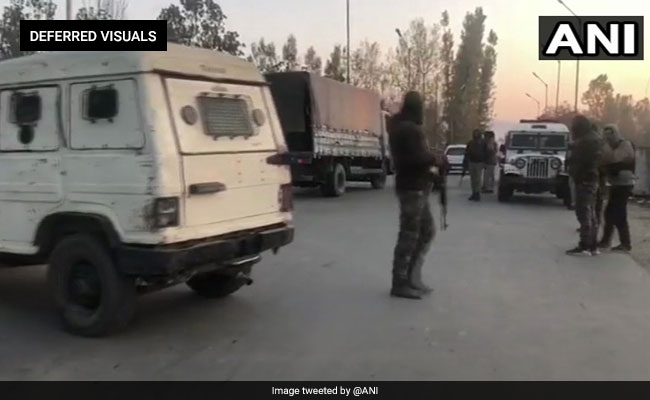 The operation was jointly conducted by Rashtriya Rifles, special operations group of police and the CRPF.

An army soldier was killed and two terrorists were shot dead in a encounter at north Kashmir's Sopore this morning.

The encounter started after security forces launched a cordon and search operation in Pazalpora village of Dangiwacha town, 45 km from Srinagar, after receiving specific information about the presence of terrorists in the area, a police official said.

He said the search operation turned into an encounter after the terrorists fired on the search party, who retaliated.

The operation is being jointly conducted by the Rashtriya Rifles (RR), special operations group of police (SOG) and the Central Reserve Police Force (CRPF).

The two terrorists were shot in the ensuing encounter.

The operation is underway. This is the third major encounter in the last 48 hours, and 10 terrorists have been killed in Kashmir.

On Thursday, six terrorists were killed in two separate encounters in Baramulla and Anantnag districts. All of them were local recruits.

An Army soldier was also killed on Thursday after a military base at Tral in south Kashmir came under attack reportedly from a sniper.