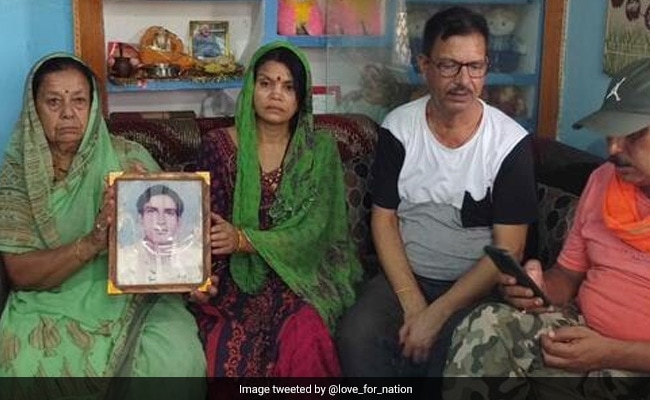 Chandrashekhar Harbola was part of a 20-member troop which was sent to Siachen.

Lance Naik Chandrashekhar Harbola, whose body was found in an old bunker in Siachen 38 years after he went missing, was cremated with full military honours here on Wednesday.

His body was brought to his residence in Saraswati Vihar Colony here, where local people and several dignitaries, including Chief Minister Pushkar Singh Dhami, paid their respects.

Cabinet ministers Ganesh Joshi, Rekha Arya, Leader of Opposition in the state Assembly Yashpal Arya besides several military officials were among those who paid tribute to Chandrashekhar Harbola.

His body was taken from the house to Chitrashila Ghat, Ranibagh, with people raising patriotic slogans. Chandrashekhar Harbola's pyre was lit by his daughters.

Chandrashekhar Harbola was part of a 20-member troop that was dispatched to the world's highest battlefield for 'Operation Meghdoot' to fight Pakistan in 1984.