Read inOther Languages
This Article is From Jun 16, 2020

Solar Eclipse 2020: The path of the annular solar eclipse will start near Gharsana in Rajasthan around 10:12 am 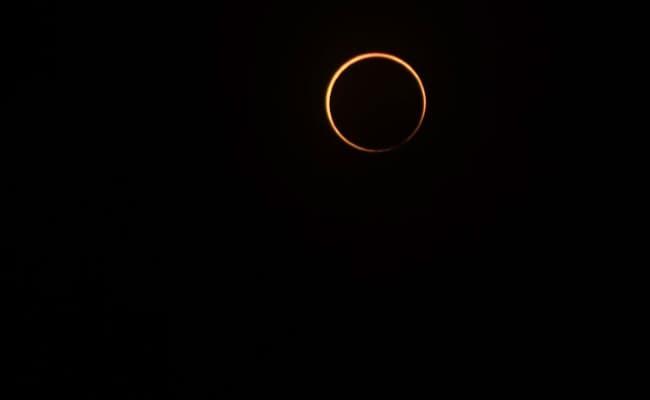 The first solar eclipse of the year 2020 will happen on June 21. It will be annular in some parts of the country where the Moon will cover the Sun from the centre leaving the outer rim visible, thus creating a "ring of fire" in the sky. However, for most parts of the country, the eclipse will be partial.

The path of the annular solar eclipse will start near Gharsana in Rajasthan around 10:12 am and the phase of annularity will begin around 11:49 am and end at 11:50 am, Director of the MP Birla Planetarium Debi Prasad Duari was quoted as saying to news agency PTI.

The celestial event will be visible for that one minute from places such as Suratgarh and Anupgarh in Rajasthan, Sirsa, Ratia and Kurukshetra in Haryana, and Dehradun, Chamba, Chamoli and Joshimath in Uttarakhand.

The year 2020 has seen two lunar eclipses already and now the first solar eclipse will happen on June 21. A solar eclipse occurs when the Moon comes between the Sun and Earth, blocking the rays of Sun from directly reaching the planet. There are four types of the solar eclipse -- Total, Partial, Annular and Hybrid.

This solar eclipse will be visible in Africa and the Central African Republic, Congo, Ethiopia, Pakistan, India, and China.

The second and last solar eclipse of the year 2020 will occur on December 14. It will be a total solar eclipse where the Sun, moon, and the earth come in a straight line and the Moon will completely block the Sun and cast a shadow over the Earth.