Solar Eclipse 2017: All You Need To Know About The 'Ring Of Fire' 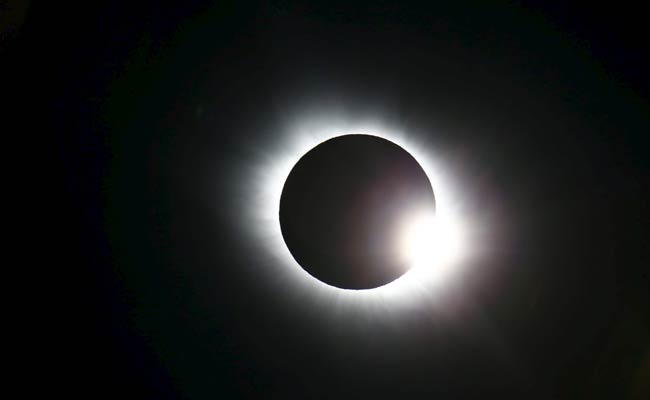 During solar eclipse moon blocks the sun, leaving only its outer edges visible from earth.

February 26th 2017, will bear witness a rare solar eclipse. The solar eclipse will be the annular eclipse, during which the moon will get in between the Earth and sun, and a part of the sun's surface will be visible around the moon - resembling a ring. As a result, the event has been named the "Ring Of Fire".

Solar eclipse takes place when the moon and the sun do not orbit in the exact same plane. "The moon blocks the light of the sun's surface very, very precisely you can see all the way down to the roots of the corona, where the atmosphere meets the sun's surface," said NASA scientist Sarah Jaeggli.

Q. What Is A Solar Eclipse?

Ans. The moon orbits the Earth in an elliptical manner; the distance of the moon from our planet is usually around 31,000 miles.

Q. How Will the Eclipse Appear?

Ans.Due to an effect known as the "negative shadow", or antumbra, the moon will block most of the sun while only allowing the sides to be visible.

Due to the considerable diameter of the moon under the negative shadow or antumbra, it would be impossible for it to cover the sun totally.

This is the reason why the Ring of Light will be clearly visible around the moon.

Q. What Is Annular Eclipse?

Ans. The name "annular" comes from the Latin word for ring, "annulus." These eclipses are named for their darkest, or maximum, point even if it only lasts less than a second. The characteristic ring of fire is visible from even just one location, the whole eclipse is called an annular solar eclipse.

Q. Where Will The Eclipse Be Visible?

Ans.The Eclipse or the "Ring of Fire" will be seen across the South Pacific Ocean, South America, Africa and the South Atlantic Ocean.

Nations like Argentina, Chile, Angola, Democratic Republic of the Congo and Zambia will also get a glimpse of the event. In India, solar eclipse will only be visible in the south.

However, it is South America, along the Southern Shore of the Gulf of Corcovado which is going to witness the initial landfall of the antumbra of the moon.

The west of Chile in the South Pacific Ocean will be experiencing the "greatest duration" of the eclipse. This will last for 1 minute and 22 seconds.

Ans. This eclipse will be a rare event and many would wait eagerly to capture it on their special instruments and telescopes.

Promoted
Listen to the latest songs, only on JioSaavn.com
However, all those who are planning to witness this eclipse, must ensure that they see it through a pin hole camera or with the help of solar viewing glasses. Watching it with the naked eyes or with simple binoculars, may cause negative impact on the eyes and damage to the optic nerves in the brain.

During any type of solar eclipse, the sun, moon, and Earth line up, allowing the moon to cast its shadow on Earth's surface in a partial or total solar eclipse.
Comments
Solar Eclipsesolar eclipse 2017Ring of Fireannular eclipse