Snubbed By Allies In Madhya Pradesh, Congress Reaches Out To Tribal Group

The Samajwadi Party had announced a tie-up with the Gondwana Gantantra Party soon after party chief Akhilesh Yadav said last week that they were tired of waiting for the Congress to hammer out a pre-election deal. 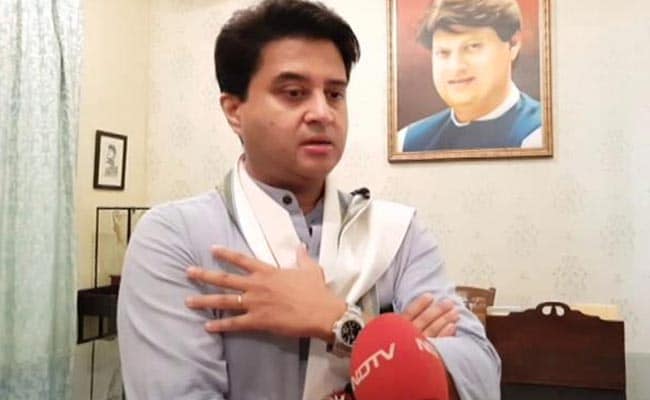 Jyotiraditya Scindia confirmed that the Congress had reached out to Mayawati for a political alliance.

The Congress may have been cold-shouldered by the Samajwadi Party and Mayawati's Bahujan Samaj Party (BSP) in Madhya Pradesh, but it has not given up hope on forming alternative political alliances ahead of the state assembly elections on November 28. At a time when the list of candidates are being finalised, the party told NDTV that it could still secure a tie-up with the Gondwana Gantantra Party (GGP) -- a group with marked influence over the state's tribal belt.

"It is not closed yet," Congress campaign committee chief Jyotiraditya Scindia told NDTV. He also confirmed that the Congress had reached out to Mayawati after she announced that her party would go it alone in the state elections.

Incidentally, the Samajwadi Party had announced a tie-up with the GGP soon after party chief Akhilesh Yadav said last week that they were tired of waiting for the Congress to hammer out a pre-election deal.

"We did speak to Mayawati. However, they have decided to move ahead on their own and that's fine with us," Mr Scindia told NDTV on the sidelines of Congress president Rahul Gandhi's tour of the Chambal-Gwalior region.

The Congress leader said alliances are formed with certain objectives in mind, the foremost among them being the ouster of the ruling BJP government. "Our difference in vote share is 8-8.5% while the BSP has 6.3%. According to our calculations this time, there is massive anti-incumbency against Chief Minister Shivraj Singh Chouhan and that will work in our favour," he added.

The four-time parliamentarian from Guna, however, denied that there was any bad blood between the Congress and the BSP. "We will meet to talk another day. Striking an alliance for the 2019 Lok Sabha elections is possible," he claimed.

Mr Gandhi -- who is on a tour of poll-bound Madhya Pradesh -- has been launching frontal attacks against the BJP government on various issues, including the Rafale aircraft deal, growing unemployment and its alleged hate politics. Yesterday, the Congress president said he would cease opposing Prime Minister Narendra Modi the day he stops "dividing" the country and starts helping its poor.