Heavy untimely snowfall has thrown life out of gear in Jammu and Kashmir. Key road links are blocked and there is complete breakdown of power supply in the Valley. Apple growers are badly hit and thousands of apple trees have been covered with thick snow.

Most homes in Kashmir are without electricity for the last two days and students were seen writing their exams in candle light. Many hospitals are also without power supply. "It's been more than 24 hours since the snow first started falling in and around Srinagar and we are still without electricity. Clearly the administration has been caught unprepared and the people are paying the price for it," said former Chief Minister Omar Abdullah.

Power department officials have told NDTV that supply is likely to be restored by the evening in most places. Around 7000 workers are trying to restore electricity in the state. 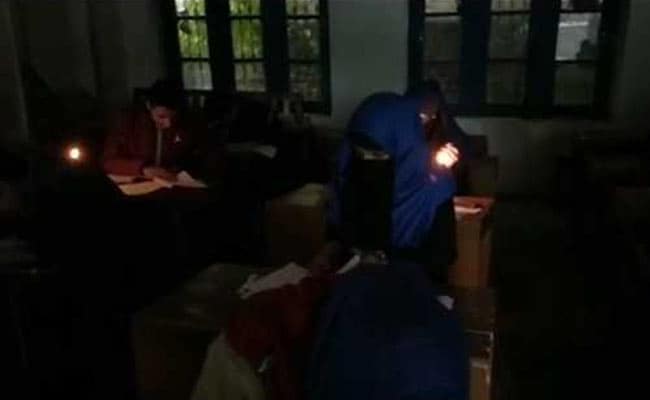 Former Chief Minister of Jammu and Kashmir, Omar Abdullah, on Sunday tweeted, "Massive damage to apple trees. This will further cripple an economy that is already distressed." He has requested the Governor to ask his officers to assess the damages and help the apple growers.

Massive damage to apple trees. This will further cripple an economy that is already distressed. I request @jandkgovernor to instruct the administration to assess the damage & ensure adequate compensation to the horticulturalists who have been affected. pic.twitter.com/GXfVp0CneV

"In the last two decades, it's only the fourth time that it has snowed in Srinagar in November - with 2009, 2008 and 2004 being the earlier instances," an official of the Meteorological Department told news agency PTI. All weather stations across the Valley saw a drop of around 10 degrees Celsius from the normal temperature for this time of the year. A minimum of minus three degree Celsius was recorded at Gulmarg while Srinagar recorded 1.8 degrees.

Heavy snowfall, for the second consecutive day in the higher reaches of Kashmir, has triggered avalanches in some parts of Gurez in Bandipora district. Traffic department officials said that the Srinagar-Jammu National Highway, the arterial road connecting the Valley with rest of the country, has been reopened for one-way traffic but operations at Srinagar international airport are still severely hit.