Kanchan Chaudhary Bhattacharya was the country's second woman Indian Police Service (IPS) officer after Kiran Bedi, who is currently the Governor of Puducherry. 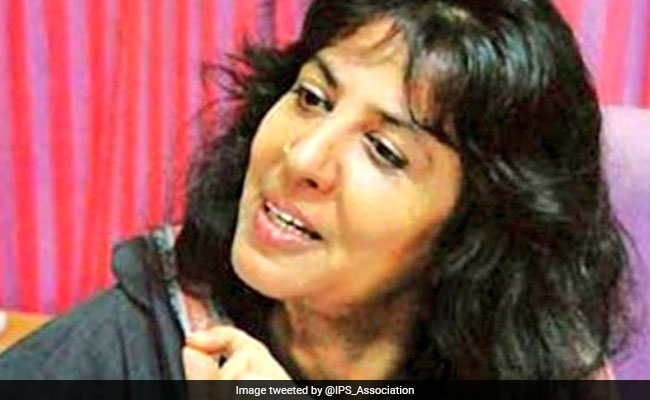 "A life that inspired many young girls to become an officer and serve our country. Condolences to her loved ones. Om Shanti," she said, retweeting the IPS Association's homage to the former officer.

During her 33-year-long career, she handled many sensitive cases, including the murder of national badminton champion Syed Modi.

She also served as the Inspector General of the Central Industrial Security Force (CISF).

In 1997, she was awarded the President's police medal for distinguished service and also got the Rajiv Gandhi award for excellent all-round performance.

After retiring in 2007, she contested the Lok Sabha elections from Haridwar on AAP ticket in 2014.

Ms Bhattacharya was unwell for sometime. She died in Mumbai on Monday. She was 72.

The officer's life also inspired a popular television show in the 1980s. The show 'Udaan' was directed by her younger sister.

"We mourn the demise of one of our icons, the first lady DGP and second lady IPS officer of India, Kanchan Chaudhary Bhattacharya. An officer with sterling qualities of head and heart, she had an illustrious career, adorned with many firsts and awards," the IPS association tweeted in her honour.