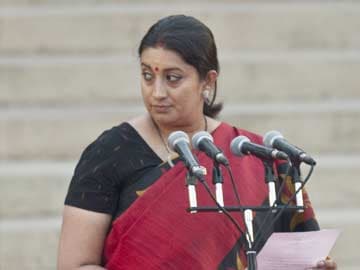 On landing at the Bhuntar airport near Kullu, Ms Irani assured all possible assistance to the state from the centre in the rescue operation.

"Spoke to Himachal Pradesh Education Minister (Shri) Bali regarding the tragic incident of 24 engineering students feared washed away near Mandi, also contacted the faculty member who was at the accident site. Was assured by tehsildar sadar Mandi that medical aid has been provided," Irani said in a tweet.

She said in another tweet: "I have also spoken to the principal of the college and assured him of cooperation. Our prayers are with the families in this hour of need."

Five bodies have so far been found while the fate of 19 other students, who were washed away Sunday in the Beas river that saw a flash-flood after the release of water from a hydropower project, is still not known, an official said.

Promoted
Listen to the latest songs, only on JioSaavn.com
At least 24 students, including six girls, of the V.N.R. Vignana Jyothi Institute of Engineering and Technology in Hyderabad, were reported missing after strong currents in the Beas river washed them away.

The chances of survival of the students were bleak, officials said.