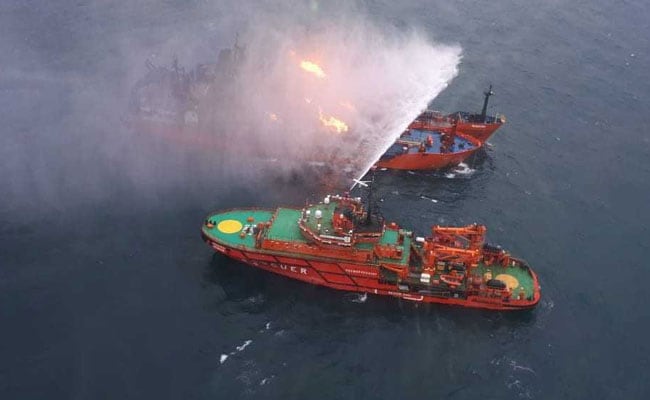 The two ships had a total of 32 crew members including Turks, Indians and a Libyan intern.

Six Indians were killed and six others remain missing after a major fire broke out on two Tanzanian-flagged ships in the Black Sea, the External Affairs Ministry said on Wednesday.

A Ministry statement said the Russian Maritime Agency and Maritime Rescue and Coordination Centre Novorossiysk were continuing their efforts to locate those listed as missing.

Saying that the Director General Communication Centre at the Indian Registry of Shipping in Mumbai was in touch with the families of the Indian seamen, the statement said arrangements were being made to bring back the bodies of the deceased.

The two ships had a total of 32 crew members including Turks, Indians and a Libyan intern.

Preliminary information said the fire erupted on Monday night due to the failure of a pump being used to transfer fuel between the two vessels in violation of security regulations, Russian state news agency TASS reported on Tuesday.