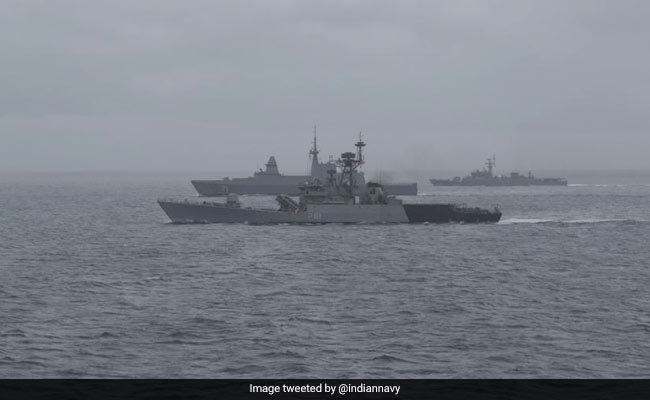 India's long-range maritime reconnaissance aircraft P-8I have also been deployed in the exercise.

A three-nation naval military exercise being conducted by India along with Thailand and Singapore in the Andaman Sea will conclude on Friday. The objective of the drill is to test maritime interoperability between the navies of the three countries in the Indian Ocean Region.

Other deployments by India include the warships RSS Tenacious, a formidable-class guided missile stealth frigate and HTMS Kraburi, a guided missile frigate.

In the harbour phase of the exercise, which was held at Port Blair, there were professional interactions between naval crew of the three nations. The interactions included subject matter expert exchanges and pre-sail conferences which were attended by command teams. Sports and a food festival were also organised during the harbour phase of the exercise.