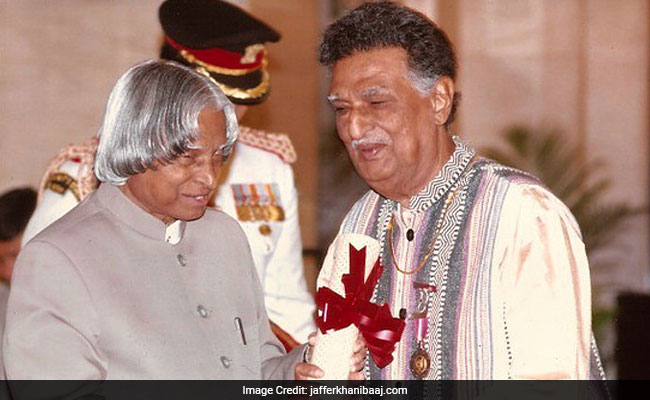 Mumbai: Renowned sitar player Abdul Halim Jaffer Khan, - the last survivor of the 'Sitar Trinity' of India along with the late Pandit Ravi Shankar and Ustad Vilayat Khan - died in Mumbai today after a brief illness, a family member said. He was 88.

He breathed his last at his Bandra residence around 5 pm, his son and sitar player Zunain A Khan told IANS.

Promoted
Listen to the latest songs, only on JioSaavn.com
Conferred with the Padma Shri, Padma Bhushan and Sangeet Natak Akademi awards, Mr Khan hailed from the Indore Gharana and is credited for innovating the unique music style of 'Jafferkhani Baaj'.

Born in Jawra, Madhya Pradesh, he, during his music career spanning over six decades, played the sitar for various Bollywood films, including "Mughal-E-Azam", "Kohinoor", "Goonj Uthi Shehnai" and "Jhanak Jhanak Payal Baaje", among many others.

Odisha's Jagannath Temple To Remain Closed For Devotees For 9 Days