Prem Singh Tamang is contesting from Poklok Kamrang constituency in a bid to be elected to the state assembly, as required to remain in the post of Sikkim Chief Minister. 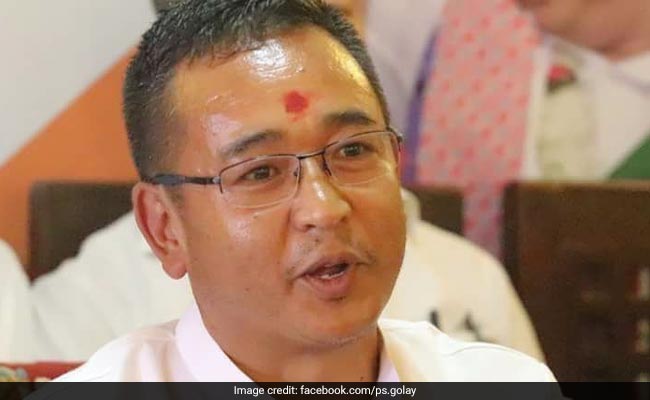 Sikkim Chief Minister Prem Singh Tamang is among a number of candidates whose fate will be decided in bypolls to nine assembly constituencies across four Northeastern states to be held on Monday. This comprises four seats in Assam, three in Sikkim and one each in Arunachal Pradesh and Meghalaya.

Prem Singh Tamang is contesting from Poklok Kamrang constituency in a bid to become a member of the state assembly, as required to remain in the post of Sikkim Chief Minister. In an unprecedented move last month, the Election Commission had removed a ban on his candidature brought about by his conviction in a corruption case.

The removal of the ban followed a pre-poll alliance between his Sikkim Krantikari Morcha (SKM) and the BJP, which is trying to make inroads into the Himalayan state.

Besides Poklok Kamrang, bypolls will also be held in the Sikkim state assembly seats of Martam Rumtek and Gangtok. Each constituency has six contestants fighting for electoral victory. Former Indian football team captain Bhaichung Bhutia, founder-president of the Hamro Sikkim Party, is among those contesting from Gangtok.

In Assam, 20 candidates are fighting for electoral supremacy in the four seats of Rangapara, Sonari, Ratabari and Jania. While the first three seats are currently with the BJP, the Congress holds sway over minority-dominated Jania.

The bypolls were necessitated after the BJP's Pallab Lochan Das (Rangapara) and Tapan Gogoi (Sonari), besides Assam Deputy Speaker Kripanath Mallah (Ratabari) and Congress legislator Abdul Khaleque (Jania), were elected to the Lok Sabha in the general polls earlier this year.

Jania constituency has the highest number of candidates - nine in all - facing off against each other. It is likely to witness a triangular contest between Towfiqur Rahman of the BJP, Samsul Hoque of the Congress and Rafiqul Islam of the All India United Democratic Front.

Arunachal Pradesh's sole bypoll for the Khonsa West assembly seat is expected to be a direct contest between independent candidates Chakat Aboh and Azet Hamtok.

Five major political parties of Arunachal Pradesh, both ruling and opposition, have unanimously decided to field Chakat Aboh, wife of late National People's Party leader Tirong Aboh, as an independent candidate. Tirong Aoh, who represented Khonsa West in the state assembly, was shot dead along with his son and nine others by suspected terrorists two days after his electoral victory in May.

The bypoll to Shella assembly constituency in Meghalaya's East Khasi Hills has six candidates facing off against each other. The seat was vacated due to the death of United Democratic Party (UDP) chief Donkupar Roy, who represented the seat for seven consecutive terms since 1988, on July 28.

The candidates hoping to succeed Mr Roy are his son Balajied Synrem of the UDP, Joshua Warjri of the BJP, Batyngshain Ryngnga of the Congress, Mosjo Wanswet of the Peoples Democratic Front and Independents Grace Mary Kharpuri and Komen Laitmon.