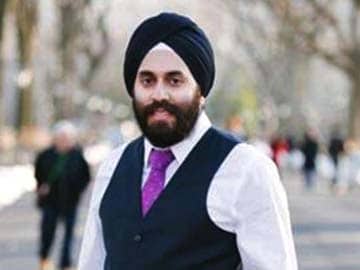 New York: A Sikh man in the US has received USD 50,000 as compensation in an out-of-court settlement of a religious discrimination lawsuit against a car dealership in New Jersey for denying him a job for sporting a beard.

The settlement comes more than five years after Gurpreet S Kherha, now 29, applied for a job at the Tri-County Lexus and was told he would not be hired allegedly because he had a beard, which went against the dealership's "no beard" policy for sales and administrative personnel.

Kherha, who grew a beard as part of his Sikh religious practice, contacted the Sikh Coalition, which filed charges of discrimination with the Equal Employment Opportunity Commission (EEOC). The commission investigated, and in October 2010, filed the federal lawsuit in Newark against the dealership.

"We feel the resolution of this matter is positive for all parties involved," said Ravinder Bhalla, Kherha's attorney, was quoted as saying by the NorthJersey.com.

"Mr. Kherha has obtained both the benefit of monetary compensation and the knowledge that this litigation resulted in substantive non-monetary policy reforms, which will ultimately also make Tri-County Lexus a better business," Bhalla said.

Dena E Epstein, the lawyer who represented the dealership, said she would have to check with her client before she made any statement.

"As part of the decree we were able to protect future employees and applicants from religious discrimination and we also have instituted training that will help inform actual employees of their rights under federal employment anti-discrimination law, so we are happy," said Jahira Rivera, the attorney for the EEOC.

In the agreement, Tri-County Lexus "denies all of the allegations of discrimination and failure to accommodate claims asserted in the complaints" and states that it entered into the decree "solely to avoid the burdens and expenses of litigation."

Kherha was recruited in 2008 for a sales position at the dealership, where he completed two days of training and underwent an interview, according to the lawsuit.

Promoted
Listen to the latest songs, only on JioSaavn.com
The EEOC stated in its suit that Kherha was singled out for praise for his performance during the training. But a recruiter, acting on behalf of the dealership, told Kherha that he would not get the job because of a dealership policy prohibiting facial hair, according to the suit.