Sree Padmanabhaswamy Temple is one of 108 Divya Desams (holy abodes of Vishnu) - principal centres of worship of the deity in Vaishnavism. 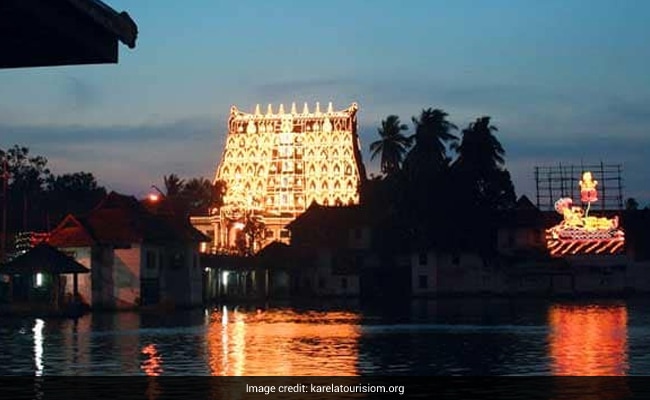 The Shree Padmanabhaswamy Temple dates back to 8th century CE, say historians. The temple, built in the Chera style of architecture, is unique to Kerala and the neighbouring states, as the construction was done keeping the local weather and wind direction in mind. Temples made in the Chera style are usually square, rectangular, octagonal or star-shaped.

Sree Padmanabhaswamy Temple is one of 108 Divya Desams (holy abodes of Vishnu) - principal centres of worship of the deity in Vaishnavism. The temple gave its name to Kerala's capital Thiruvananthapuram. 'Thiru' 'Anantha' 'Puram' means 'sacred abode of Lord Anantha Padmanabha.'

The main deity in the Shree Padmanabhaswamy Temple is of Lord Vishnu in the 'Anantha Shayana' posture (reclined posture of eternal yoga) on Adi Shesha or king of all serpents.

The temple has been controlled by a trust run by the descendants of the Travancore royal family since Independence.

One of the richest temples in India, the worth of gold and jewels at Shree Padmanabhaswamy shrine, is estimated to be more than Rs 1,00,000 crore. In 2011, the staggering worth of gold, jewels and statues were unearthed from the temple, after Supreme Court ordered the opening of the vaults to assess its wealth based on a Public Interest Litigation filed by a local activist.

After decades of legal battle, the Supreme Court today, upheld the rights of the former royal family in running the administration of the Shree Padmanabhaswamy Temple, setting aside the 2011 verdict of the Kerala High Court that directed the state government to take control of the historic temple.