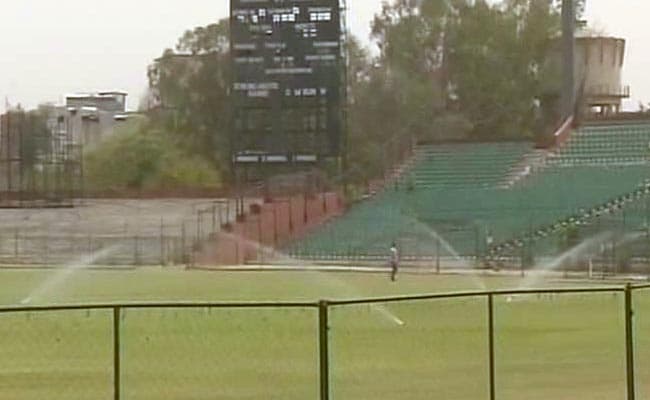 IPL matches will add unnecessary burden on the scarce natural resource, water, in the desert state, the plea says.

Jaipur: A freelance journalist has approached the Rajasthan High Court against the state's decision to hold three IPL matches in Jaipur next month. Mahesh Pareek's plea in court contends 19 out of 33 districts in the state are affected by drought.

Earlier this month, the Bombay High Court had ordered IPL matches in May out of drought-hit Maharashtra calling maintenance of cricket grounds "a criminal waste." The petition in Jaipur says with a rain deficit of 19.23 percent last year in the monsoon and nearly 17,000 villages facing a water crisis, IPL matches "will add unnecessary burden on the scarce natural resource."

"In 2010, the government made a water policy, where it said how it will manage water resources. In that the first priority is drinking water, second is animals, the third irrigation and sports. Entertainment is seventh on that list. So, when they cannot successfully fulfil the first few priorities why are they meeting the requirements of the seventh?" the petitioner said.

The opposition Congress has criticised the government for holding matches during peak summer when many parts of the desert state are facing a water crisis. The party says the government's move comes at a time when more than 13,000 villages are being supplied water through tankers.

The Sawai Mansingh stadium in the state capital is being readied to host the matches for the Mumbai Indians from May 5. After the Bombay High Court ordered last week that the matches be moved out of Maharashtra, Rajasthan offered to hold the matches.

The matches will be hosted by the state government-run sports council which is setting up a five-member committee with two experts, the council chairman, a BCCI member and one member of the Mumbai Indians team.  The Rajasthan Cricket Assocation or RCA was earlier suspended by the BCCI for electing former IPL Commissioner Lalit Modi as its president.
The court has issued notices to the government and fixed the next hearing on April 27, just eight days before the first match of the Mumbai Indians in Jaipur.