If Madhya Pradesh implements the decision, it will become the second Indian state after Rajasthan to get a cow ministry. 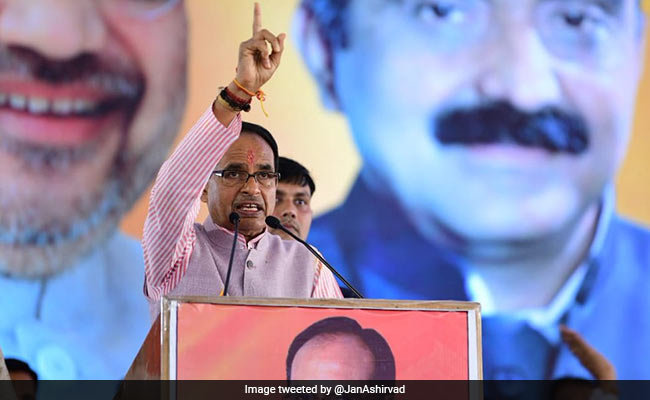 The Shivraj Singh Chouhan-led BJP faces a resurgent Congress in the assembly polls.

Madhya Pradesh Chief Minister Shivraj Singh Chouhan on Sunday announced that his government will set up a cow welfare ministry to ensure that cattle in the state are treated well. "I have reason to believe that the Cow Protection Board in the state should be turned into a full-fledged ministry," Mr Chouhan said at an event attended by Digambar Jain monk Vidhyasagarji Maharaj in Khajuraho.

The announcement comes in the run-up to the state assembly elections, where the ruling BJP is expected to face a resurgent Congress amid likely anti-incumbency. The model code of conduct is expected to kick in soon.

"The cow ministry will replace the existing Madhya Pradesh Gaupalan Evam Pashudhan Samvardhan Board because it has limitations," Mr Chouhan said, adding that an independent ministry can help serve cows in a much better way.

Referring to the country's first cow sanctuary in Agar Malwa district, the Chief Minister said a single facility was not enough to shelter a large number of cattle and more sanctuaries of the kind would be set up soon.

If Madhya Pradesh implements the decision, it will become the second Indian state after Rajasthan to get a cow ministry. Cow Protection Board chairman Akhileshwaranand Giri had earlier recommended the setting up of such a ministry, stating that the move would inspire future generations to take care of cows in the same way the Chief Minister "had tended to bovines at his home".

He also said that establishing a cow ministry would help create a "golden Madhya Pradesh" and set a precedent for other states, much on the lines of its "happiness department".

There has been increased focus on the welfare of cows across the country ever since the Narendra Modi-led BJP stormed to power in 2014. Cow shelters have been set up on a war footing, and a majority of Indian states have various regulations prohibiting either the slaughter or sale of cattle. Earlier this year, Animal Welfare Board of India chairman SP Gupta had even said that while his department cares for all animals, "there is no doubt that the cow is at the centre".

However, the heightened focus on cattle welfare has also resulted in increased mob killings across the country. According to a Reuters report, 28 people were killed and 124 injured in cow-related violence between 2010 and 2017.

Earlier this year, the Supreme Court said India should not be allowed to descend into "mobocracy", and asked states to ensure that nobody resorts to vigilantism.