Hitting out at Chief Minister Yogi Adityanath led Uttar Pradesh government, PSP leader alleged that the BJP was not focusing on real issues and development 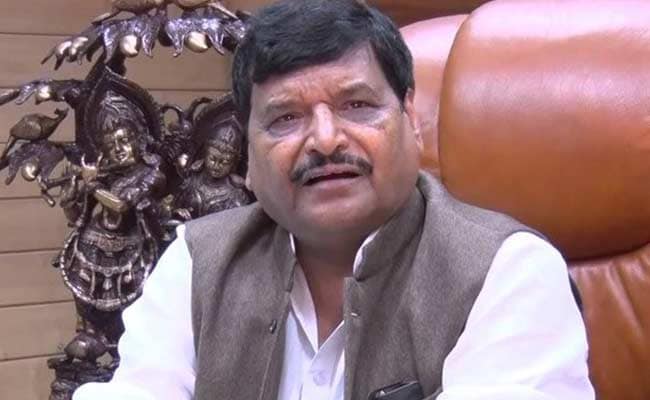 Pragatisheel Samajwadi Party (PSP) leader Shivpal Singh Yadav on Sunday said that there should no talks for the construction of Ram temple Mandir at the disputed land in Ayodhya.

Addressing the media, Mr Singh said, "In my opinion, there should be no talks of constructing the temple at the disputed land. We have seen the amount of damage that has been done because of this. We were defamed worldwide for not maintaining peace. People will not fall prey to this Mandir-Masjid gimmick again."

Hitting out at Chief Minister Yogi Adityanath led Uttar Pradesh government, PSP leader alleged that the BJP was not focusing on real issues and development. "There is no point in changing names of places and installing statues. There has been no development. Roads continue to be in a bad shape. Corruption is at its peak. People have not been given jobs. I think these things should be the government's priority," added Yadav.

The issue of Ram temple construction got a major push when one of the litigants in Ram Mandir- Babri Masjid case Mohammad Iqbal Ansari said that he would welcome the ordinance and would obey the law.

On October 29, the Supreme Court adjourned the Ram Janambhoomi-Babri Masjid title suit till January 2019 to fix the next hearing date in the matter, challenging the Allahabad High Court ruling of 2010.

The Allahabad High Court in its 2010 verdict had suggested the division of the disputed land in Ayodhya, one for each of the parties the Nirmohi Akhara, the Sunni Waqf Board and Ram Lalla.

It is believed that the Babri Masjid which was constructed by Mughal emperor Babur in Ayodhya in 1528 was allegedly demolished by Hindu activists on December 6, 1992, who claimed that the mosque was built after raging the Ram temple.