Nationalist Congress Party said that the Shiv Sena's decision to stage a walkout from the Rajya Sabha after supporting the bill in the Lok Sabha indicated its "change of heart". 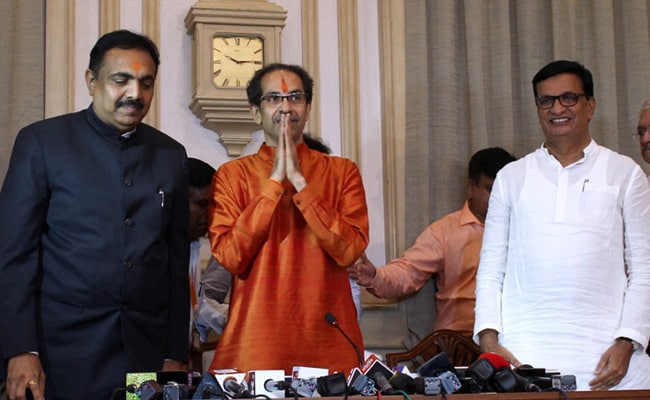 Shiv Sena's decision to stage a walkout from the Rajya Sabha reflected its "change of heart", NCP said.

The Shiv Sena taking a different position on the Citizenship (Amendment) Bill in the Lok Sabha than its allies in Maharashtra will not have a bearing on the longevity of their government in the state and it will complete the five-year tenure, the Nationalist Congress Party said on Thursday.

NCP also said that the Shiv Sena's decision to stage a walkout from the Rajya Sabha after supporting the bill in the Lok Sabha indicated its "change of heart".

The Shiv Sena supported the contentious bill in the Lok Sabha on Monday, but staged a walk out when it was discussed in the Rajya Sabha on Wednesday.

The bill, which seeks to provide Indian citizenship to non-Muslim refugees from Pakistan, Afghanistan and Bangladesh, was passed by the Rajya Sabha on Wednesday. The Lok Sabha passed it on Monday.

The Congress central leadership was reportedly unhappy with the Shiv Sena's position on the issue.

NCP chief spokesperson Nawab Malik said the Shiv Sena's decision to stage a walkout from the Rajya Sabha on Wednesday reflected its "change of heart".

"This showed Shiv Sena's change of heart and the Congress should note this...the Shiv Sena is a different party...this will not have any effect on the longevity of the government which will complete its five-year tenure," Mr Malik told reporters.

He reiterated that the state government is committed to ensure that no injustice is meted to anyone on the ground of religion, region, caste and language.

He made the remarks after attending a ceremony to mark the birthday of NCP chief Sharad Pawar at the YB Chavan Centre here.

Before forming government in Maharashtra, the Shiv Sena, NCP and Congress worked out a common minimum programme (CMP), which they said would guide the state government''s actions.

The CMP mentioned that issues regarding constitutional provisions and having a bearing on the state and national secular fabric will have to be discussed among them, and only then any of the three parties can decide on its position.