Uddhav Thackeray released the audio clip while addressing a rally last night in Palghar where the bypoll will be held on May 28. 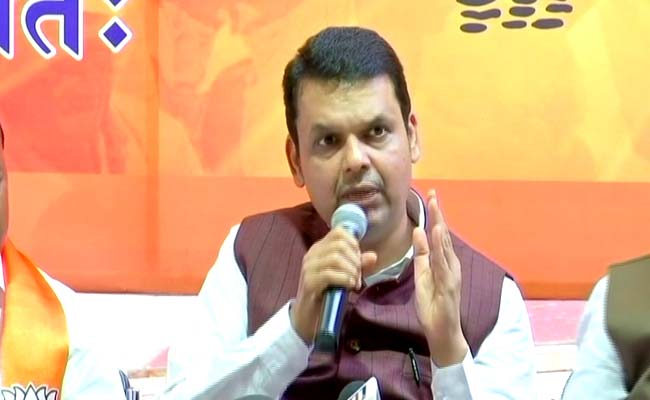 BJP alleged Shiv Sena tampered with audio clip and it would release its complete version.

Mumbai: In the run up to the Palghar Lok Sabha bypoll, Shiv Sena chief Uddhav Thackeray released an audio clip, purportedly of Chief Minister Devendra Fadnavis asking BJP workers to use all possible means to win the by-election.

Mr Thackeray released the audio clip while addressing a rally last night in Palghar where the bypoll will be held on May 28.

The BJP alleged the Sena had tampered with the audio clip and that it would release its complete version soon. The party said it would also complain to the EC about the "misuse of technology".

Mr Fadnavis was purportedly heard saying in the clip, "If somebody is challenging our existence in Palghar and has betrayed our trust, back-stabbed us while calling itself our ally, then they should be taught a lesson. We should not be sitting quietly now. We should launch a big attack and show them what the BJP is."

"If we want to win this election, then an answer has to be given in the same measure...Give an answer by using 'saam, daam, dand, bhed' (negotiation, money, punishment and division). Do not tolerate anybody's bullying. On the contrary, bully them...I will stand behind you," he purportedly said.

After releasing the audio, Thackeray demanded action against Mr Fadnavis by the Election Commission (EC). Opposition Congress and NCP also demanded an EC probe into the clip.

Shiv Sena MP Sanjay Raut said use of such language against an opponent does not befit a chief minister.

"The CM should issue clarification about the clip. We demand that a probe by the Election Commission into it and appropriate action," he said.

"If the clip is authentic, then the chief minister should immediately resign, but if it is fake, then Fadnavis should take action against Uddhav Thackeray," Chavan said in a tweet.

NCP spokesperson Nawab Malik demanded a probe by EC and a complaint against the chief minister under section 506 of IPC .

"If the chief minister is threatening people in such a manner, then it amounts to vitiating the election atmosphere," he said.

"The chief minister and ordinary citizens are all equal before law when it comes to following the election code of conduct. The Shiv Sena should make a written complaint to the EC instead of resorting to such tactics," he said.

Promoted
Listen to the latest songs, only on JioSaavn.com
Responding to the clip and the allegations, BJP spokesperson Madhav Bhandari said, "The Sena is showing an incomplete and edited audio clip, because it is shaken foreseeing its imminent defeat."

"We will complain to the Election Commission about the condemnable misuse of technology and also release the full clip," he said.
Comments