P Chidambaram was arrested by the Enforcement Directorate in the money laundering case on October 16 and is in judicial custody till November 27 under the order of a trial court. 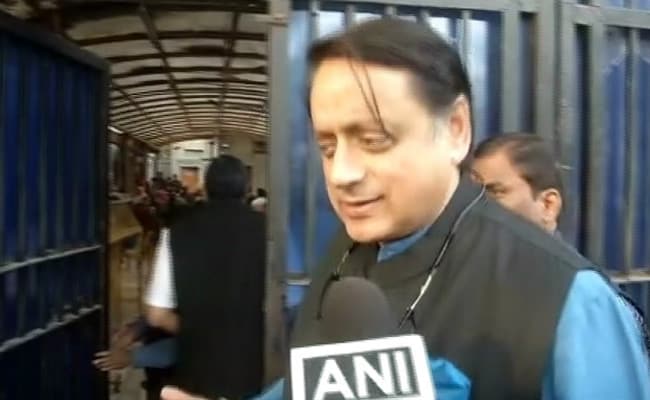 Senior Congress leaders Shashi Tharoor and Manish Tiwari met former finance minister P Chidambaram in Tihar Jail on Monday. Chidambaram was first arrested by the Central Bureau of Investigation (CBI) on August 21 in the INX Media corruption case and was granted bail by the Supreme Court on October 22.

The senior Congress leader was also arrested by the Enforcement Directorate (ED) in the money-laundering case on October 16 and is in judicial custody till November 27 under the order of a trial court.

"Today, the Constitution's basic commitment to liberty is being violated. 98 days today...for what? Rs 9.96 lakh, which is not even a controversial issue since there is a cheque involved...it sends a very bad signal...if we treat our respectable, upright citizens this way, it sends a very wrong signal to the world. We came to show our solidarity with him," Mr Tharoor told reporters after meeting Chidambaram.

Speaking to the press outside TiharJail today. The prolonged detention of ⁦@PChidambaram_IN⁩ is both unnecessary & speaks poorly of our system. PC is showing great dignity & grace under considerable pressure. pic.twitter.com/j66j4MUgUv

Shashi Tharoor and Manish Tiwari were accompanied by Chidambaram's son Karti. "Allegedly, a bribe of Rs 9.96 lakh has been given...Chidambaram is the country's seniormost lawyer, he can make this money within 10 seconds of appearing in court.

"Tomorrow is Constitution Day and there is a golden triangle in our Constitution -- Articles 14, 19 and 21 -- this means that the rights under the Constitution need to be protected. His (Chidambaram's) bail plea will be heard in the Supreme Court tomorrow and we hope that a right decision is taken, based on the Constitution, and that he will get relief from the illegal way in which he has been kept in custody," Mr Tiwari told reporters.