Shantanu Thakur is contesting against Mamata Thakur, incumbent Trinamool Congress parliamentarian who is also his aunt. 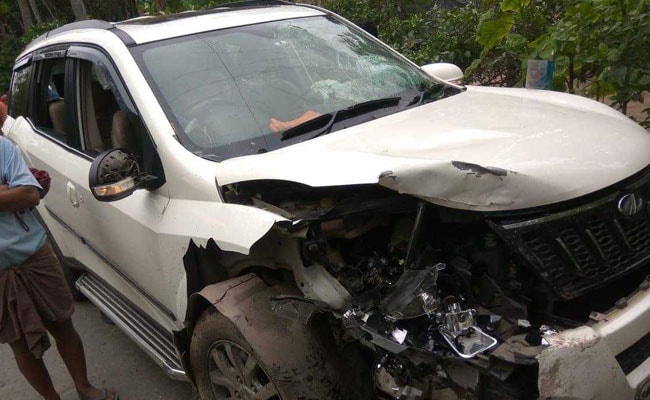 Shantanu Thakur, a BJP candidate, was injured in the incident, his supporters said.

Shantanu Thakur, the BJP candidate from West Bengal's Bongaon for the ongoing Lok Sabha elections, has been admitted to hospital after a collision between his car and an SUV on Saturday. Two of his associates were also hurt in the crash at Hanskhali in Bengal's Nadia district, about 110 km from Kolkata. Mr Thakur sustained an injury to his head. His mother has alleged a conspiracy and said the SUV, with a police sticker, deliberately rammed his vehicle.

The Trinamool, however, has completely contradicted the BJP version of events and claimed it was a "fake and fabricated" account, concocted by Mr Thakur to gain voter sympathy two days ahead of polls at Bongaon. They say it was the BJP vehicle which hit the SUV.

Mr Thakur is contesting against Mamata Thakur, incumbent Trinamool Congress parliamentarian who is also his aunt.

"My son's vehicle was standing on the side of the road and suddenly from nowhere this police van came and hit it. We want a thorough probe in the matter," Chabirani Thakur, Mr Thakur's mother, was quoted by news agency PTI as saying. 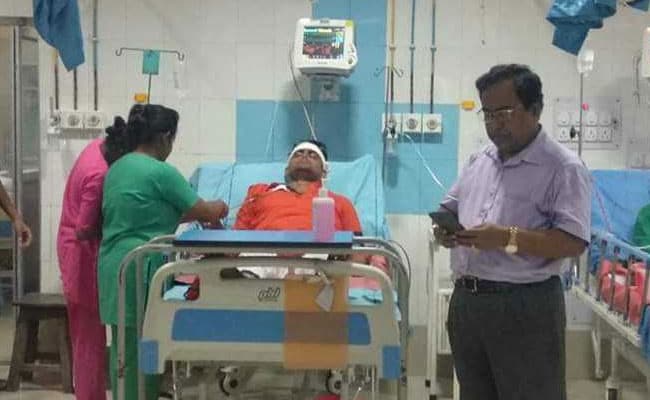 Trinamool minister Jyotipriya Mallick, in-charge of the Bongaon area, called a press conference and said, “There was a car with a UP number plate with RSS (Rashtriya Swayamsevak Sangh) people in it. They were distributing money to voters. That car hit a paramilitary car. No state police car was involved.”

On Mr Thakur's injuries, Mr Mallick said, "The Bongaon hospital superintendent called and told me Mr Thakur is not injured, he is just lying on a hospital bed pretending to be hurt. He wants sympathy vote but it won't work. He will lose by three lakh votes."

According to the BJP, Mr Thakur has serious head injuries. He was headed to a rally when his vehicle was hit from the front. BJP's Kailash Vijayvargiya was to speak at the rally. "This was not an accident, it was a conspiracy to try and kill Thakur. Thakur's car was moving at 15 kmph. A car with police sticker raced to Thakur's car... to try and kill him. TMC and its candidate are involved in the attempt," he said.

The police are talking to both the drivers to find out who was at fault.

The vehicle with which Mr Thakur's car collided had a police sticker; however, it is not clear if the vehicle belonged to the West Bengal Police.

After the incident, a mob surrounded the Gaighata police station. The police had to resort to lathicharge to disperse the mob. 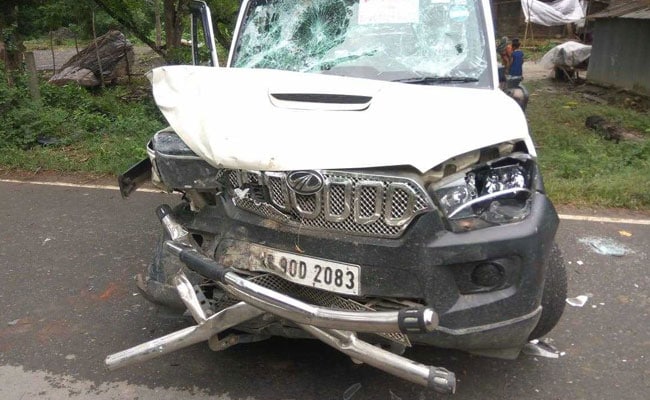 One of Bengal's most influential SC communities, Matuas are Hindu refugees from erstwhile east Pakistan. The Matua vote, analysts claim, impact the outcome of six to eight of 42 seats in Bengal.

Mr Thakur had recently skipped a poll rally, addressed in his favour by BJP's star campaigner Yogi Adityanath, due to "stomach trouble". He was, however, present at a Narendra Modi rally in a neighbouring seat a few days later.

"I had stomach trouble since the 19th April. It peaked the day Yogiji came. I was in bed all day. I explained the problem to him and expressed regret," Mr Thakur had said.

Mr Thakur is the youngest grandson of Binapani Devi, popularly known as 'Boro ma', who died in March following multi-organ failure at a Kolkata hospital. She was the matriarch of the Matua community for years.

While Shantanu Thakur fighting on a BJP ticket is her grandson, the incumbent Trinamool MP and candidate Mamata Thakur is the widowed daughter in law of the Matua matriarch.