Shankersinh Vaghela demanded the probe on Jay Shah over an article by a news website which said the turnover of Amit Shah's son's grew manifold after BJP came to power. 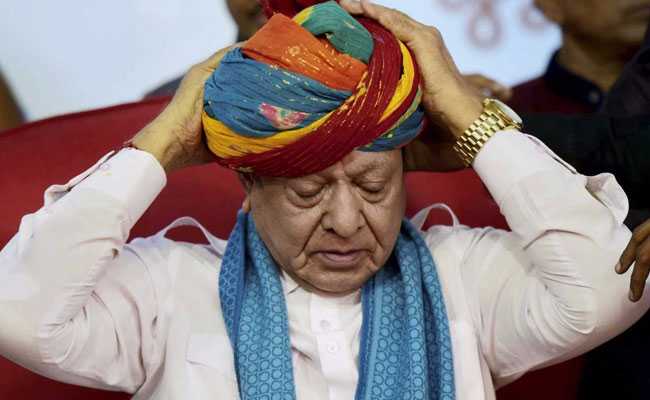 Shankersinh Vaghela said a report like this could not be ignored. (File)

Rajkot: Former Gujarat chief minister Shankersinh Vaghela today demanded an investigation into the claims made in a media report that the turnover of a firm of BJP president Amit Shah's son Jay grew manifold after the BJP came to power at the Centre in 2014.

The charge has been rejected by the BJP and Jay Shah, who has termed the report as "false, derogatory and defamatory".

"I do not believe in personal allegations, but when a report talks about his (Jay Shah's) role (corruption in business dealings), then a probe should be conducted against him," Mr Vaghela said.

The former Congress leader, who has joined a new outfit, the Jan Vikalp Party, was responding to reporters' queries on the controversy surrounding Jay Shah's company.

Jay Shah recently moved a court in Ahmedabad against 'The Wire', the news portal which published the report.

Asked about his stand on upcoming Bollywood film 'Padmavati', the Kshatriya strongman said its director, Sanjay Leela Bhansali, should not tamper with history.

"Some members of the Kshatriya community met me today and said that Bhansali had tampered with history in his upcoming film. I have not seen the film, but Bhansali should refrain from tampering with history as that would amount to a cheap publicity stunt," Mr Vaghela said.

The septuagenarian leader reiterated that he was not going to contest the upcoming Gujarat Assembly polls.
Comments
Jay ShahShankersinh Vaghela