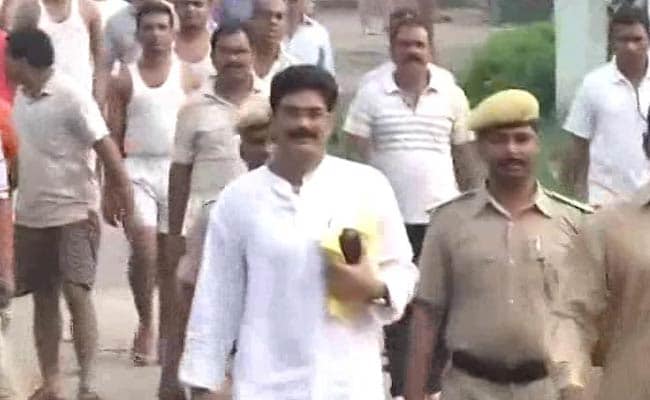 Patna: BJP today termed as "well planned strategy" of the Nitish Kumar government to ensure release of RJD strongman Mohammad Shahabuddin from jail and said it would stage dharna across in Bihar on September 14 to protest against it.

"It is a managed bail. It is a government's well planned strategy which cleared the way of Mr Shahabuddin in securing bail," senior BJP leader Sushil Modi said.

The Patna High Court on September 7 granted bail to former Siwan MP Shahbuddin in the murder case of two brothers of whom the elder one, Rajiv Roshan, was a witness in the killing of two brothers in 2004 in Siwan.

The former Deputy Chief Minister said the government could neither begin trial of Rajiv Roshan murder case within nine months as per the High Court's direction, nor engaged top lawyers to oppose Mr Shahabuddin's bail.

The Patna High Court had on February 3 directed the state government to conclude trial of the case preferably within nine months, Mr Modi said quoting the court's order, the copy of which was distributed among media persons.

If the state government wished to start trial, it could have done so via video-conferencing from Bhagalpur where Mr Shahabuddin was lodged, he said.

But it did not begin trial through video-conferencing nor committed the case to Sessions court when Mr Shahabuddin was in Siwan before being shifted to Bhagalpur jail.

"The government's failure to start trial led to Mr Shahabuddin getting bail," Mr Modi said while quoting the High Court's September 7 order that "there is no progress in the trial and considering the period of detention, petitioner (Shahabuddin) is directed to be released on bail."

The state government also did not engage any top lawyers to oppose Shahabuddin's case as it had done in other major cases in the past, he said and named several cases and the lawyers the state had hired.

The government has powers to impose Crime Control Act on hardcore criminals if it feels that release of a particular person could disturb public order as it was done in the case of Independent MLA Anant Singh, Mr Modi said.

On Shahabuddin's statement that Nitish Kumar is a "Chief Minister of circumstances", Modi said he was right as Kumar with less number of MLAs is the CM while RJD with more seats is the junior partner.

Mr Shahabuddin probably meant to say that RJD could get the CM's post in future, he said.