Another meeting will be held at Jamia Millia Islamia, where a protest march last Sunday had ended in violence and chaos. 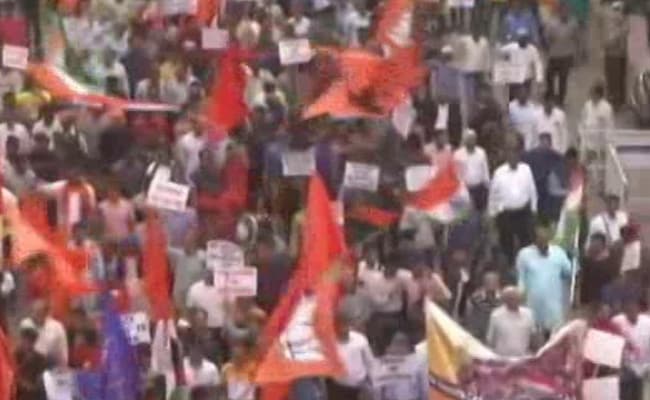 The biggest protests were held on Thursday when 13 cities across India had raised voice.

A string of protests have been planned today across Delhi and Bengaluru against the contentious citizenship law, which has raised a storm across the country.  At least five programmes - meetings and foot marches -- have been planned in Delhi. Two of them will be held at Jantar Mantar, the designated protest site in Delhi, and one in the Central Park of Connaught Place, the heart of the city.

Another meeting will be held at Jamia Millia Islamia, where a protest march last Sunday had ended in violence and chaos. It had escalated the protests against the law -- which till then, was being held only in the northeast, Bengal and Delhi - and making it a countrywide phenomenon.

The biggest protests were held on Thursday when 13 cities across India had raised voice, some defying police orders and others - prohibitory orders banning large gatherings. Karnataka, which along with Delhi and Uttar Pradesh had been in the latter category, witnessed violence. Two persons died as protests clashed with the police in Mangaluru. Curfew, which had been in the city since was relaxed today.

In-state capital Bengaluru, the police had initially taken protesters into custody. Among them was historian Ramchandra Guha, who was escorted away by the police in the middle of a temple interview.

But by late evening, videos circulated on social media showed policemen joining in singing the national anthem along with the protesters.

The anti-Citizenship Amendment Act protests are now running parallel with programmes in favour of the law. Several of them were held this morning in both cities.