Mr Gaikwad spoke after draft rules were released on unruly and disruptive passengers that recommended a flying ban for three months and more. 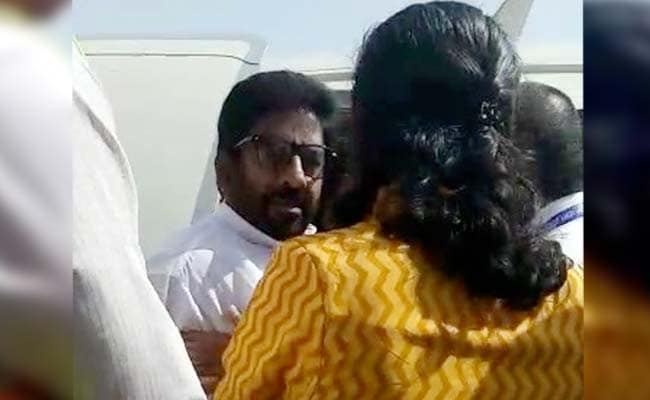 Mumbai: After the Centre proposed a no-fly list for unruly fliers, Member of Parliament from the Shiv Sena Ravindra Gaikwad, who was banned by domestic airlines following a run-in with an Air India staff, today said that strict guidelines should be laid down for airline crew as well on how to treat their passengers. He was reacting to the release of draft rules by the Centre on unruly and disruptive passengers that recommended a flying ban for three months and more.

The move came in the backdrop of the row over Mr Gaikwad repeatedly hitting an Air India employee with a slipper for not being allowed to fly business class on an all-economy plane.

"There are some guidelines already existing and updating it is a routine procedure. I think the (Civil Aviation) ministry has deliberately announced it to remind people about the entire episode," Mr Gaikwad said.

"There should be similar framework and set of rules for the airline crew as well on how to treat and address the requirements of passengers," Mr Gaikwad told PTI.

"As a member of Parliament, I am aware of the number of complaints raised against Air India's crew, and the litigations where the staff have been accused of ignoring passengers or being unruly.

"Hardly any action is initiated against its crew. If rules have to be formed, there should be equally stringent rules for the crew members as well," Mr Gaikwad said.

On March 23, Mr Gaikwad claimed to have hit a senior staffer of the AI with a slipper "25 times" for not being allowed to fly business class in an all-economy plane.

The incident triggered outrage and a flying ban was imposed on him by domestic airlines for two weeks, which forced him to switch to trains for travelling between Delhi and Mumbai.

Later on April 8, Air India and private carriers lifted the flying ban on Mr Gaikwad after he apologised for the incident.

The Ministry of Civil Aviation has proposed the list which will include names of passengers identified as unruly after an inquiry by a committee constituted by a particular airline.

A person identified as a threat by security agencies will also be included in this list. While the list is characterised as 'national' and will have data on disruptive passengers from all airlines, the ban recommended by the committee is not mandatory for all airlines to follow.

Promoted
Listen to the latest songs, only on JioSaavn.com
The draft is an amendment to the existing Civil Aviation Requirement, a set of rules on unruly and disruptive passengers.

These are being placed in public domain for 30 days for comments and feedback from stakeholders following which the government will come out with final amendments by June 30.