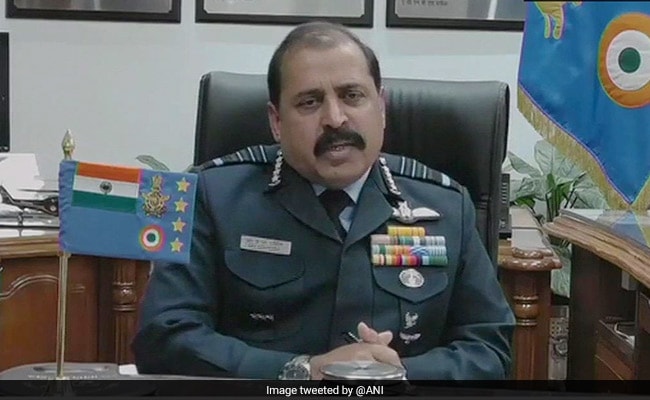 Serious armed conflict with India is not in China's best interest at a global level, Air Chief Marshal RKS Bhadauria told news agency ANI on Tuesday, as he discussed months of tension between the two countries following violence at the Ladakh border in June.

He also pointed to "evolving uncertainties and instability of global geopolitics" and "inadequate contribution of major powers to global security", and said these had provided China "with an opportunity to demonstrate its power".

The Air Chief Marshal said it was important to understand the reasons behind China's actions, which he said could range from "training for war-like scenarios" to "synergising with new structure and technology", or even "a military-dominated misadventure".

"Any serious conflict isn't good for China at (the) global front. If Chinese aspirations are global then it (a border stand-off) doesn't suit their grand plan. Therefore, what could be the possible objectives for their action?" the Air Chief Marshal asked.

"Was it military signalling or domination efforts with adequate escalation control? Was it (for) deployment and training of Western Theatre forces in war-like scenarios, where Galwan incident was an over-reach? Was it to recognise and fill gaps in getting their forces to synergise with new structures and technology? Or was it a planned escalation to start border talks?" he continued.

Any serious India-China conflict isn't good for China at global front. If Chinese aspirations are global then it doesn't suit their grand plan. What could be possible Chinese objectives for their action in north?...It's imp that we recognise what they've really achieved:IAF Chief pic.twitter.com/wtwPR8dGVk

It could also be, he added, that the Chinese are reluctant to back down for fear of "loss of face".

"In any case, what has actually happened is all of the above... irrespective of their starting objective. They have deployed heavily (along the Line of Actual Control)... have a large presence of radars, Surface-to-Air and Surface-To-Surface missiles," Air Chief Marshal Bhadauria said.

"But we've taken all required action," he stressed.

India and China each have around 50,000 troops in a high state of combat readiness at various locations in the mountainous region, with Delhi this month allowing the armed forces to enhance stocking of weapons, ammunition and equipment for a 15-day war.

The Indian Air Force is also on high alert in forward air bases along the LAC.

The Air Marshal's comments come days after the two governments agreed to work towards an "early and complete" disengagement of troops along the LAC in eastern Ladakh.

Multiple rounds of talks have not yielded any concrete outcome to resolve the stand-off and the rapid heightening of tension following skirmishes in May and violence in Galwan in June.

The last round of talks was on November 6.