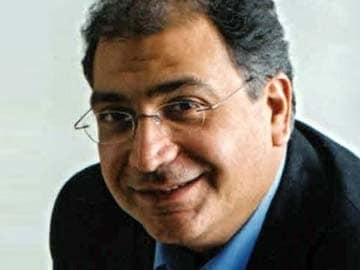 Mr Pocha was Editor-in-Chief when 'News X' channel was launched and was currently a senior editorial member of the ITV Group, which controls the channel.

News X journalists said Mr Pocha complained of chest pain at his Gurgaon residence and was rushed to a local hospital where he breathed his last at 4.30 am.

He was earlier editor of 'Business World' and the China correspondent for the 'Boston Globe'.

Condoling his demise, Prime Minister Narendra Modi said Mr Pocha will be remembered as a leading voice on TV, print and social media.

"Shocked saddened to hear about Jehangir Pocha's demise. My condolences to his family in this hour of grief. May his soul rest in peace," Mr Modi said on twitter.

Promoted
Listen to the latest songs, only on JioSaavn.com
"His frank and insightful views on issues will be missed," the Prime Minister further tweeted.