The Directorate General of Civil Aviation will probe the case against Captain Arvind Kathpalia.

The Director of Operations at Air India, Captain Arvind Kathpalia, failed a mandatory breathalyzer test and was found to have an unacceptably high blood alcohol count shortly before he was scheduled to command AI-111, a Boeing 787 Dreamliner, on a flight between New Delhi and London. He will now face a probe by the Directorate General of Civil Aviation (DGCA).

The flight was scheduled to take off at 2:45 this afternoon. "A few minutes after the tests were completed and I was sitting for the pre-flight briefing in the next room, the doctor came and informed me that the test conducted in her presence was found positive. When asked why she didn't tell me right then (earlier), she said something was wrong with the machine and it was taking time to register," Captain Kathpalia told NDTV. The pilot said he then went to a private agency for a blood test, the results of which will take 48 hours to come. 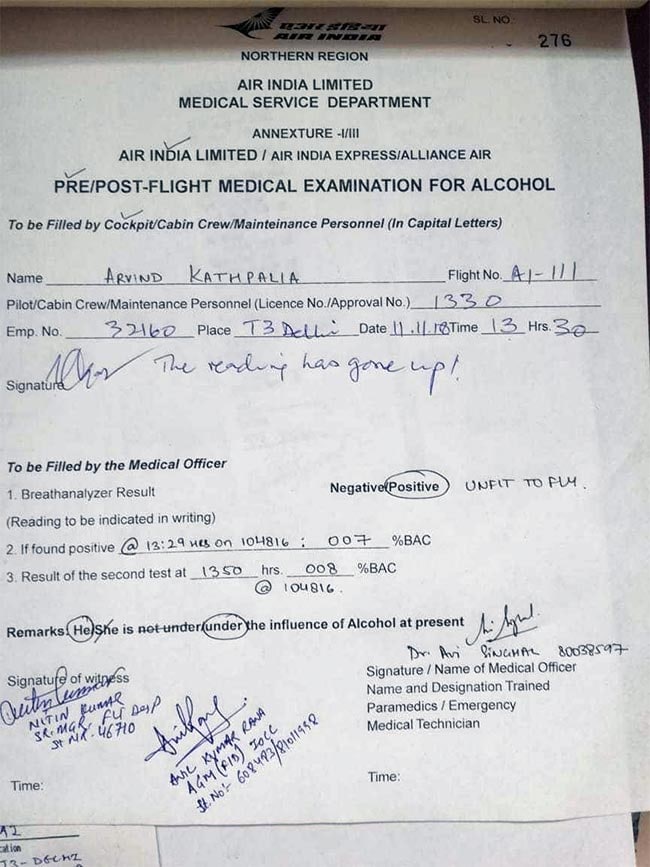 The breathalyzer test showed that Captain Kathpalia's blood alcohol level was above permissible levels. The flight took off an hour late, after a replacement pilot was located.

Captain Kathpalia now faces a three-year ban from operating commercial jetliners in accordance with DGCA directives. Aircraft rules prohibit crew members from having any alcoholic drink 12 hours prior to the commencement of a flight, and mandate them to undergo alcohol tests before and after each trip. 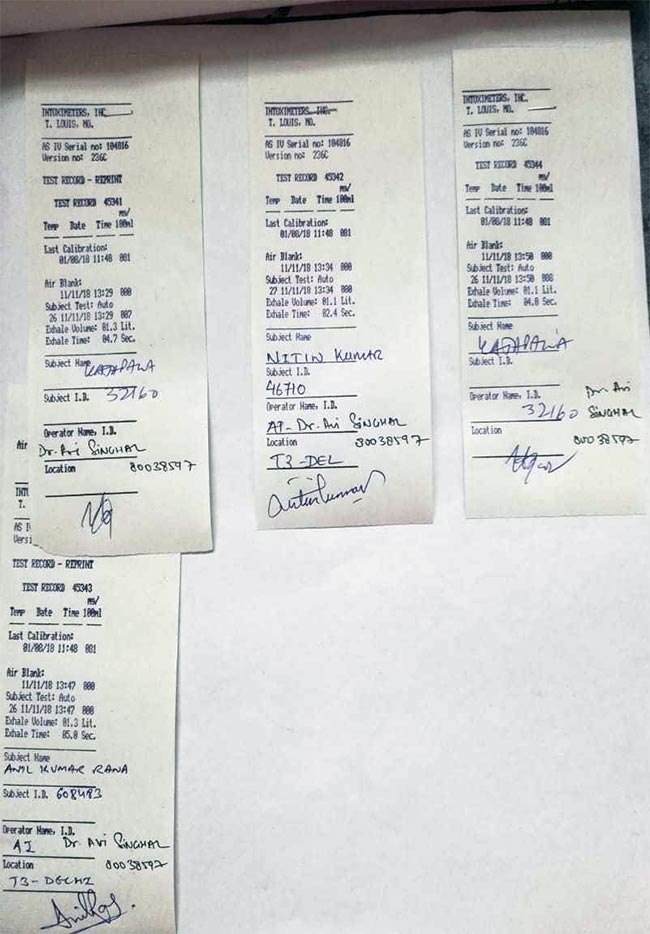 This is the second instance of Captain Kathpalia, who has even flown former Prime Minister Manmohan Singh in the past, failing a breathalyzer test. In January 2017, he was grounded for three months after he had skipped the mandatory test. According to reports, a court had directed the Delhi police to lodge an FIR against him for violating aviation rules, tampering with evidence and intimidating a doctor employed by Air India.

In an unrelated incident, another Air India Dreamliner - AI-332 - took off for Bangkok from New Delhi only to be called back after it was found that the co-pilot had missed his mandatory pre-flight breathalyzer test. According to airline sources, the pilot has been grounded for three months, during which he will undergo a refresher counselling session. "A pilot is assumed breath analyzer-positive even if he has forgotten to take the test before the flight," a senior executive said.

The flight took off again at 8:40 pm, after a delay of seven hours.