Arun Jaitley said the Kashmir issue had become complicated because of cross-border support to terrorists and also because of local groups. 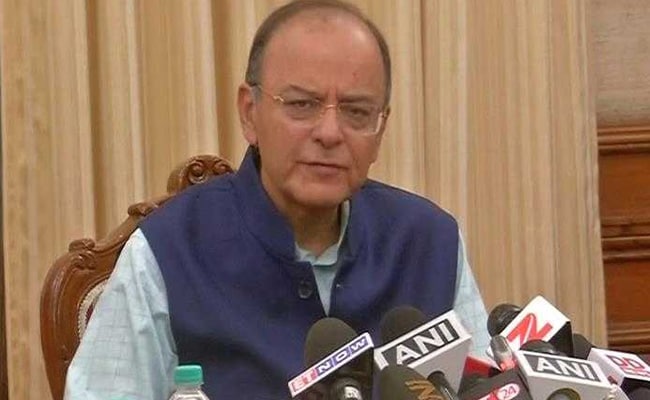 Arun Jaitley slammed the UPA government saying it had no firm policy to solve the Kashmir issue.

Mumbai: Defence Minister Arun Jaitley today said security forces with their resolute action had established dominance over terrorists in Jammu and Kashmir and the Centre was firm that armed militancy must end in the border state.

He said the Kashmir issue had become complicated because of cross-border support to terrorists and also because local groups.

"The Kashmir issue had become complicated because of cross-border support (to terrorism) and (also) our own groups supporting the armed militants.

"Mass civil protests were seen in the form of stone- pelting and sometimes this was used to help terrorists escape," he said.

Mr Jaitley was speaking at a function organised by Mumbai BJP president Ashish Shelar. He spoke on the topic 'New India Pledge'. Maharashtra Chief Minister Devendra Fadnavis was also present on the occasion.

The defence minister slammed the erstwhile Congress- led UPA government, saying it had no firm policy to solve the decades-old Kashmir issue.

"The earlier government did not solve the Kashmir issue then what right do they have to question us? There was a leadership which was not taking action and only finding excuses to delay taking any decision," he alleged.

However, the Narendra Modi government was firm in its conviction that armed militancy in the state bordering Pakistan must end, Mr Jaitley said.

"Today, a time has come where all forces--local police, central forces and the Army--are dominating terrorists. There is a clarity in our decision and stand that the armed military has to be ended," he said.

"We must understand that we have a prime minister who faces challenges which no other PM had faced in the past," Mr Jaitley said.
Comments
Arun JaitleyJammu and KashmirTerrorism