Statue Of Unity Twice As Tall As Statue of Liberty In New York: Top Facts

The Statue of Unity, a tribute to Sardar Vallabhbhai Patel, is 177 feet higher than China's Spring Temple Buddha, which was the tallest statue till now. 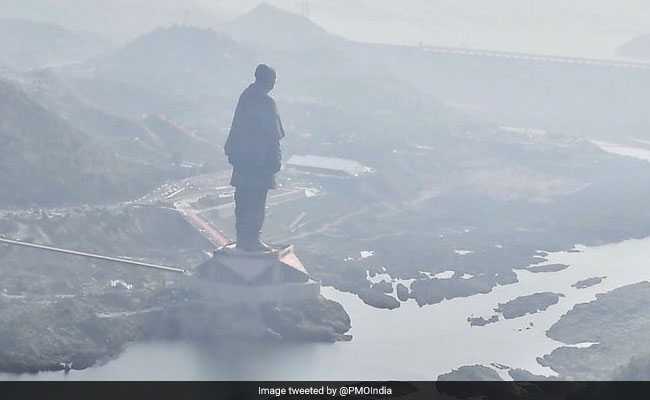 Sardar Patel Statue of Unity: At 597 feet or 182 metres, the statue will be the world's tallest statue.

Prime Minister Narendra Modi unveiled the 'Statue of Unity' at Kevadiya in Gujarat today. The 182-metre statue of Vallabhbhai Patel is "dedicated to the nation" on his birth anniversary in Narmada district of Gujarat. At the launch ceremony, the prime minister will pour soil and water from the river Narmada into an urn, a release from his office said.