Statue Of Unity Inauguration: Built at a cost of Rs. 2,989 crore, the statue of unity depicts Sardar Vallabhbhai Patel wearing a traditional dhoti and shawl, towering over the Narmada River. 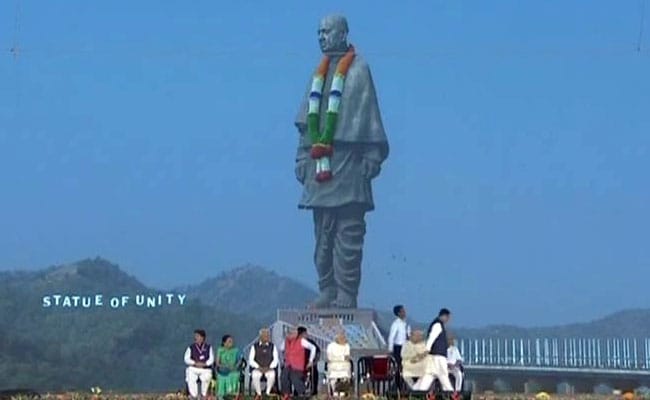 Sardar Vallabhbhai Patel's Statue of Unity is built at a cost of Rs. 2,989 crore.

Prime Minister Narendra Modi has unveiled the Statue of Unity, built as a tribute to freedom movement icon Sardar Vallabhbhai Patel on his 143rd birth anniversary today. Air Force planes showered flowers on the statue in a grand inaugural event on the banks of the Narmada river in Gujarat as PM Modi dedicated it to the nation. Built at a cost of Rs. 2,989 crore, the statue depicts Sardar Vallabhbhai Patel, India's first Home Minister, wearing a traditional dhoti and shawl, towering over the Narmada River. Iron was collected from all over the country for the statue of Sardar Patel, also known as the Iron Man of India. At 182-metre, the statue is touted as the world's tallest - it is 177 feet higher than China's Spring Temple Buddha, currently the world's tallest statue.

The statue has been designed by Padma Bhushan-winning sculptor Ram V Sutar and has been built by Larsen and Toubro and the state-run Sardar Sarovar Narmada Nigam Ltd. It took about 250 engineers and 3,400 labourers to construct the statue in 33 months.

The statue will have a viewing gallery at the height of 193 metres from the sea level which can accommodate 200 visitors at a time. This gallery, at 153 metres height, will offer a view of the Sardar Sarovar Dam, its reservoir, and the Satpura and Vindhya mountain ranges

Here are the highlights on the unveiling of Sardar Vallabhbhai Patel's Statue of Unity:

"Even today Sardar Patel is pertinent, an example of country's unity. Now forces of breaking the nation are more active than earlier----some in the name of caste, some in the name of communalism...There is a necessity to give a fitting reply to such forces," Mr Das said.
Oct 31, 2018 17:14 (IST)
"Statue of Unity is to remind all those who question India's existence and its integrity. This country was, is and will always be eternal," PM Modi said.
Oct 31, 2018 15:01 (IST)
PM Modi hit out at his critics after inaugurating the statue of Sardar Vallabhbhai Patel. In a veiled attack on Congress chief Rahul Gandhi, PM Modi said had Sardar Patel not worked for unity", "shiv bhakts" wouldn't have been able to pray at the Somnath Temple today.
"Imagine for a moment that if Sardar Patel had not worked towards uniting the nation, Indians would have to get a visa to see the Gir lions and tigers...and shiv bhakts would need a visa to do puja at the Somnath temple...people would also need a visa to see the Charminar in Hyderabad," said the Prime Minister.
This is not the first time that Prime Minister Modi took a jibe at Rahul Gandhi over his visit to the Somnath temple. Last November, after the Congress chief visited the temple before kicking off the campaign in Gujarat, the Prime Minister said Rahul Gandhi's grandfather - Jawaharlal Nehru - didn't even want the temple reconstructed. It was Sardar Patel who took the initiative to reconstruct the temple, which was vandalized and looted by Mahmud of Ghazni in 1026.
Oct 31, 2018 14:50 (IST) 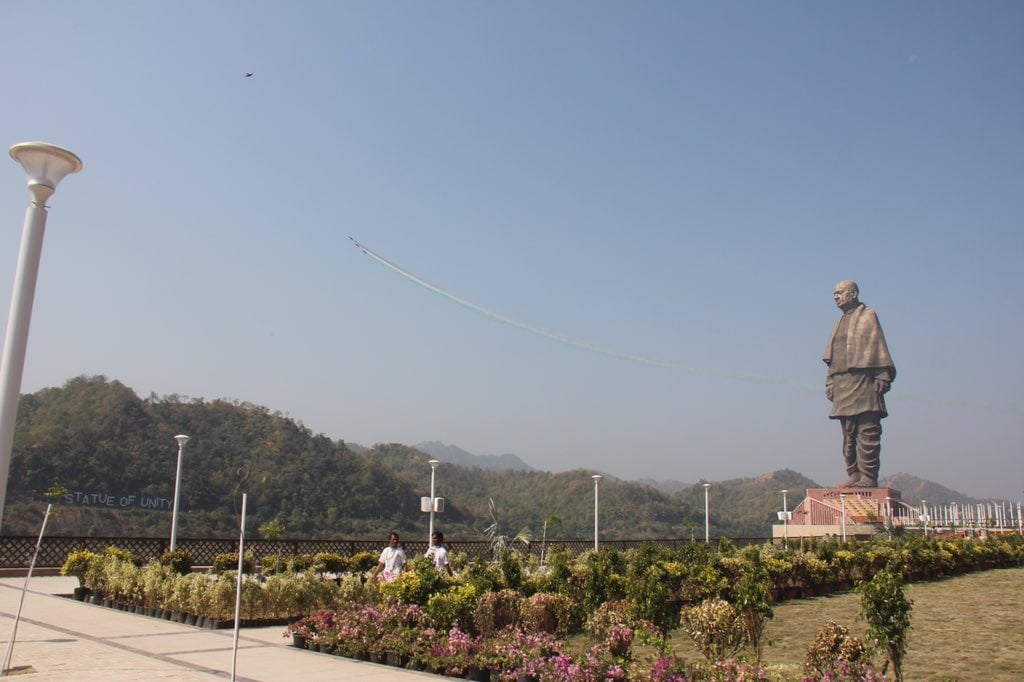 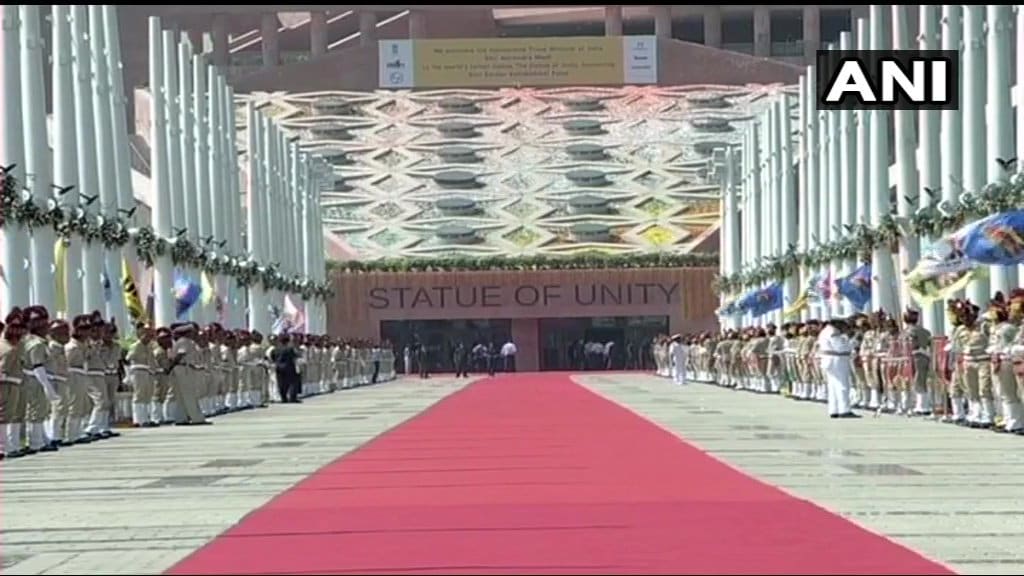 Ironic that a statue of Sardar Patel is being inaugurated, but every institution he helped build is being smashed. The systematic destruction of India's institutions is nothing short of treason. #StatueOfUnity 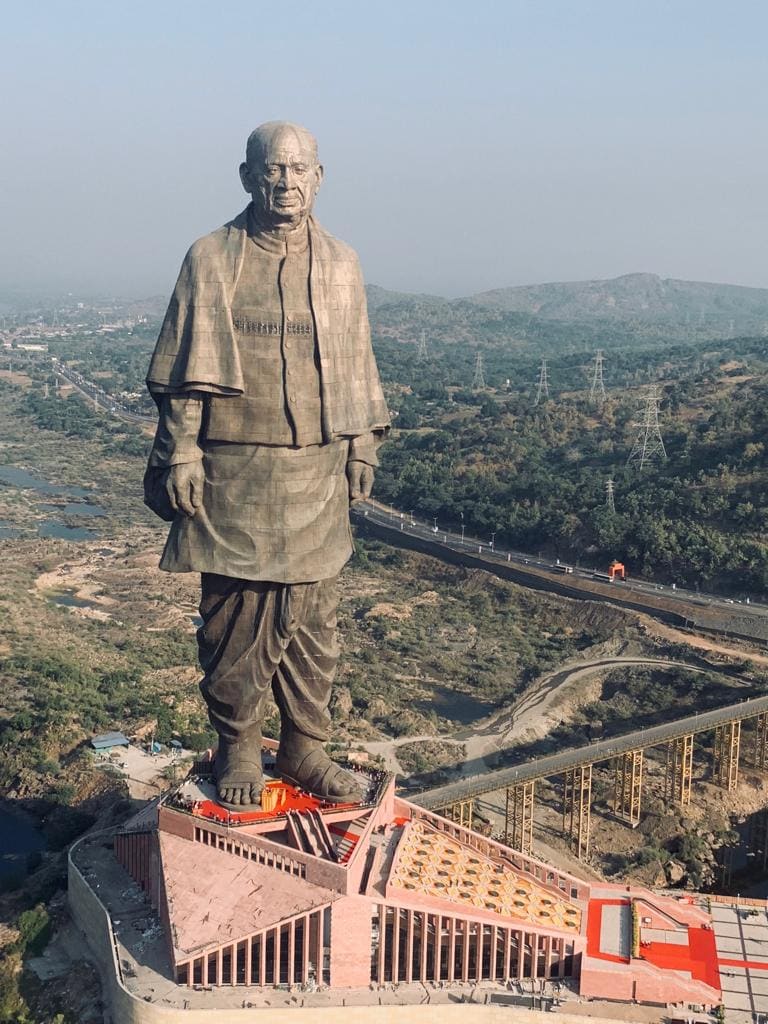 "No one knows better than myself how much he(Nehruji) has laboured 4india in the last 2Yr of our difficult existence.I've seen him age quickly during that period,on account of the worries of the high office he holds& the tremendous responsibilities that he wields"- #SardarPatel 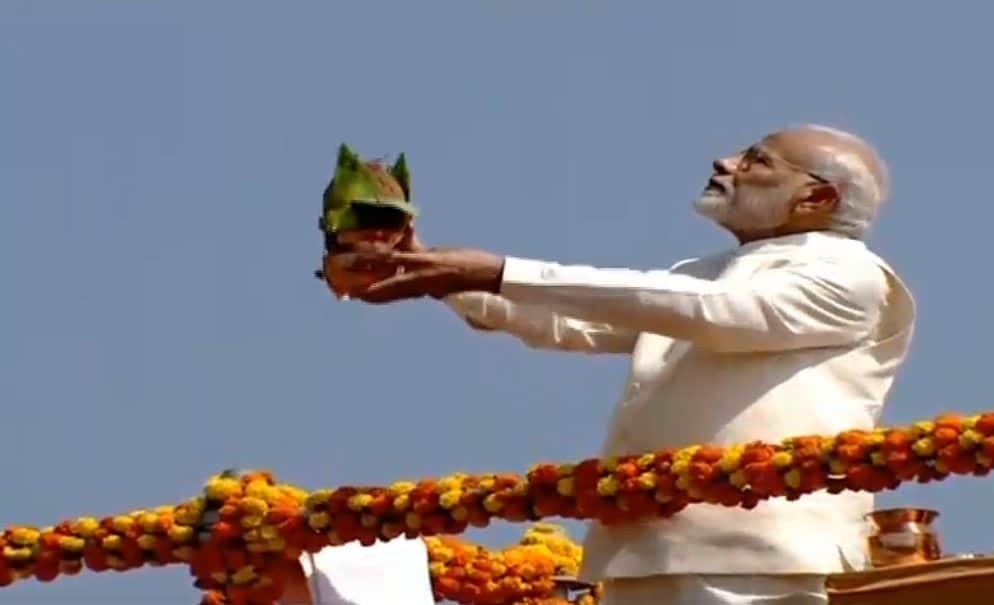 PM Modi performs 'Rashtrarpan Hetu Puja'.
Oct 31, 2018 11:31 (IST)
PM Modi said that the Pradhan Mantri Jan Aarogya Yojana and Ayushman Bharat are among the biggest schemes in the world. "The number of beneficiaries of these schemes far exceed the populations of many countries in Europe and North America. It also exceeds the total populations of many European countries combined. It shows how every Indian is taken forward in the journey of a New India," he said.
Oct 31, 2018 11:23 (IST)
"Statue of Unity is also going to bring prosperity to the tribals, farmers and villagers" 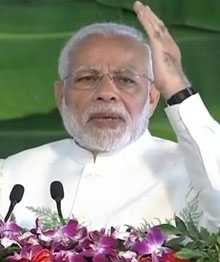 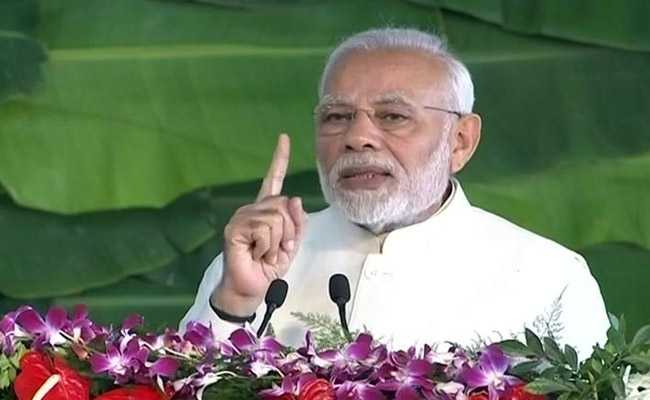 A spectacle to behold. @IAF_MCC paints the sky tricolour in salute to the Iron Man #SardarVallabhbhaiPatel#RashtriyaEktaDiwas#NationalUnityDay#StatueOfUnitypic.twitter.com/HbooiVO1NQ In order to build the Statue of Unity, lakhs of farmers from all over India came together, gave their tools, portions of the soil and thus, a mass movement developed: PM
Oct 31, 2018 10:44 (IST)
PM Modi's address on unveiling of Statue of Unity A tribute to the great Sardar Patel! Dedicating the 'Statue of Unity' to the nation. Here's my speech. https://t.co/OEDjhW1MrT 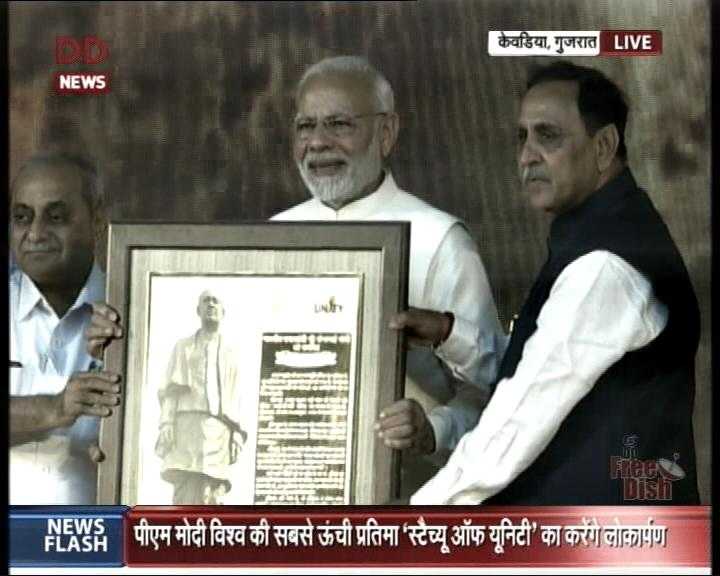 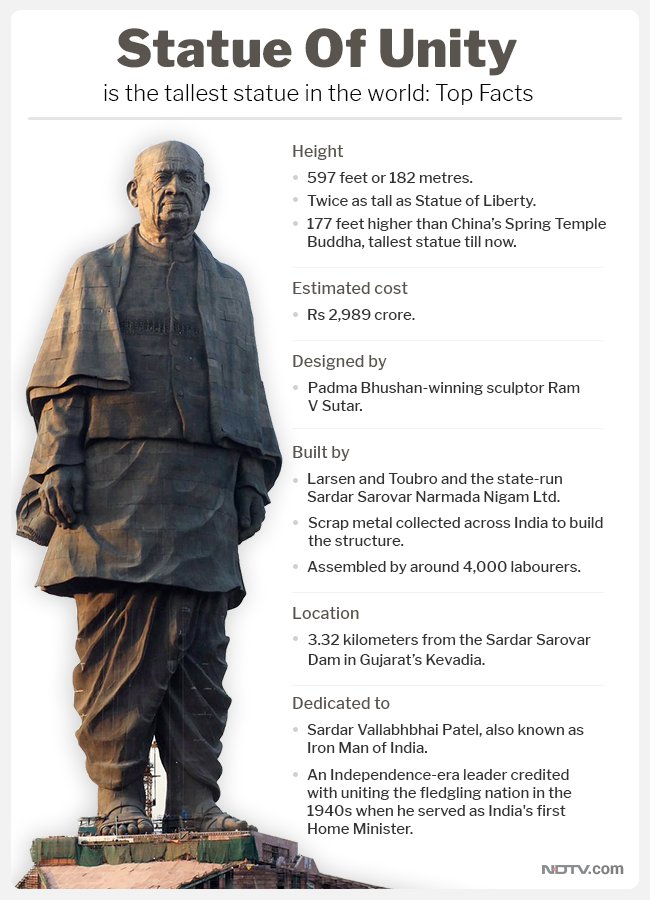 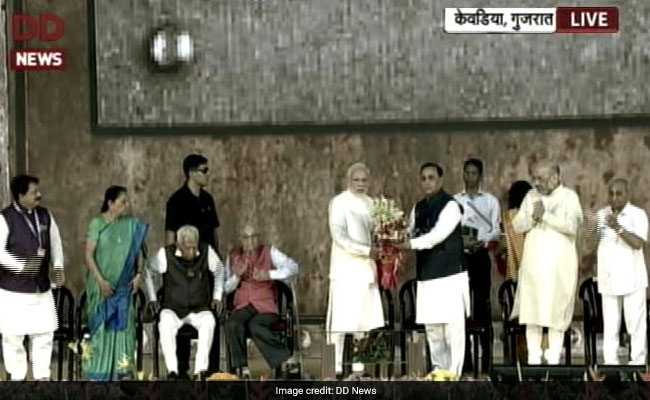 Today, we celebrate #NationalUnityDay and unveil the #StatueofUnity to commemorate the birth anniversary of Sardar Vallabhbhai Patel. In his own words, we must remove distinctions of high & low, rich & poor and caste & creed to live in harmony with one another. pic.twitter.com/D1iPrxKXtB Watch what the architect of '#StatueOfUnity' and his son have to say about the statue project and about PM Modi. pic.twitter.com/nkSdnSGsNs

Oct 31, 2018 09:53 (IST)
Earlier today, Home Minister Rajnath Singh and Union Minister of Youth Affairs and Sports Rajyavardhan Rathore flagged off the 'Run for Unity' in the national capital.
Nearly 12,000 people are said to be taking part in the marathon in New Delhi, including 3,000 school children, 300 ex-servicemen and a number of senior citizens, despite the thick haze that has engulfed the region.
Oct 31, 2018 09:35 (IST) 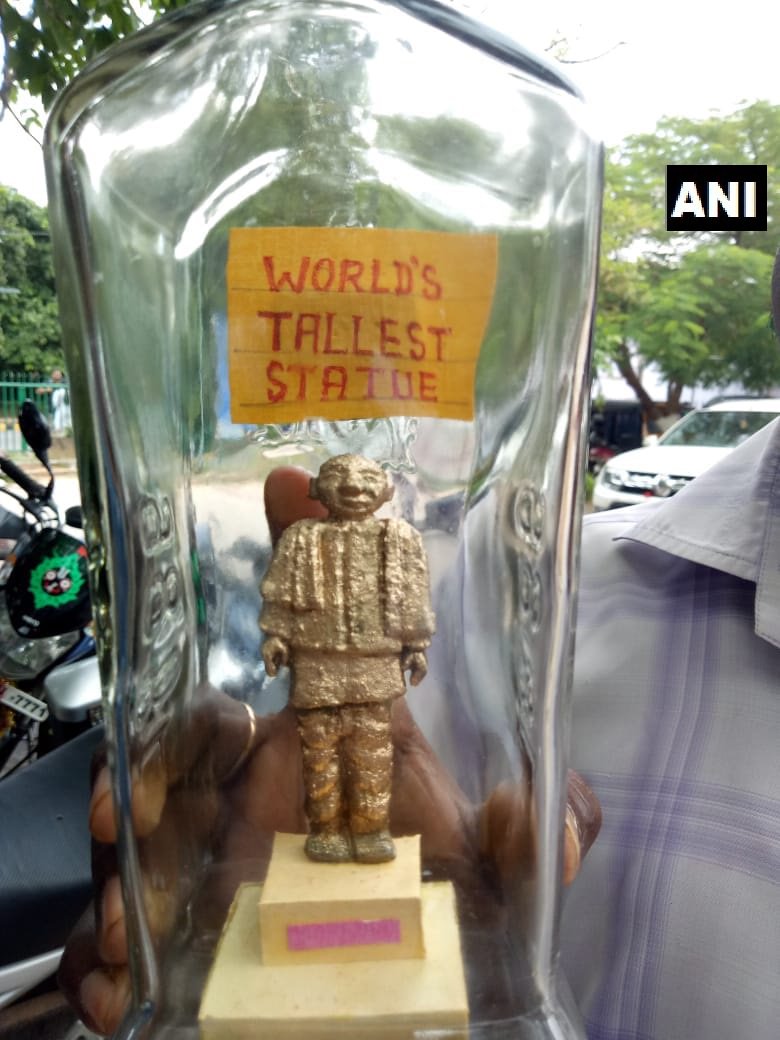 L Eswar Rao, a miniature artist from Bhubaneswar's Jatni, made a miniature model of the Statue of Unity. He said it took him three days to make it.
Oct 31, 2018 09:25 (IST) 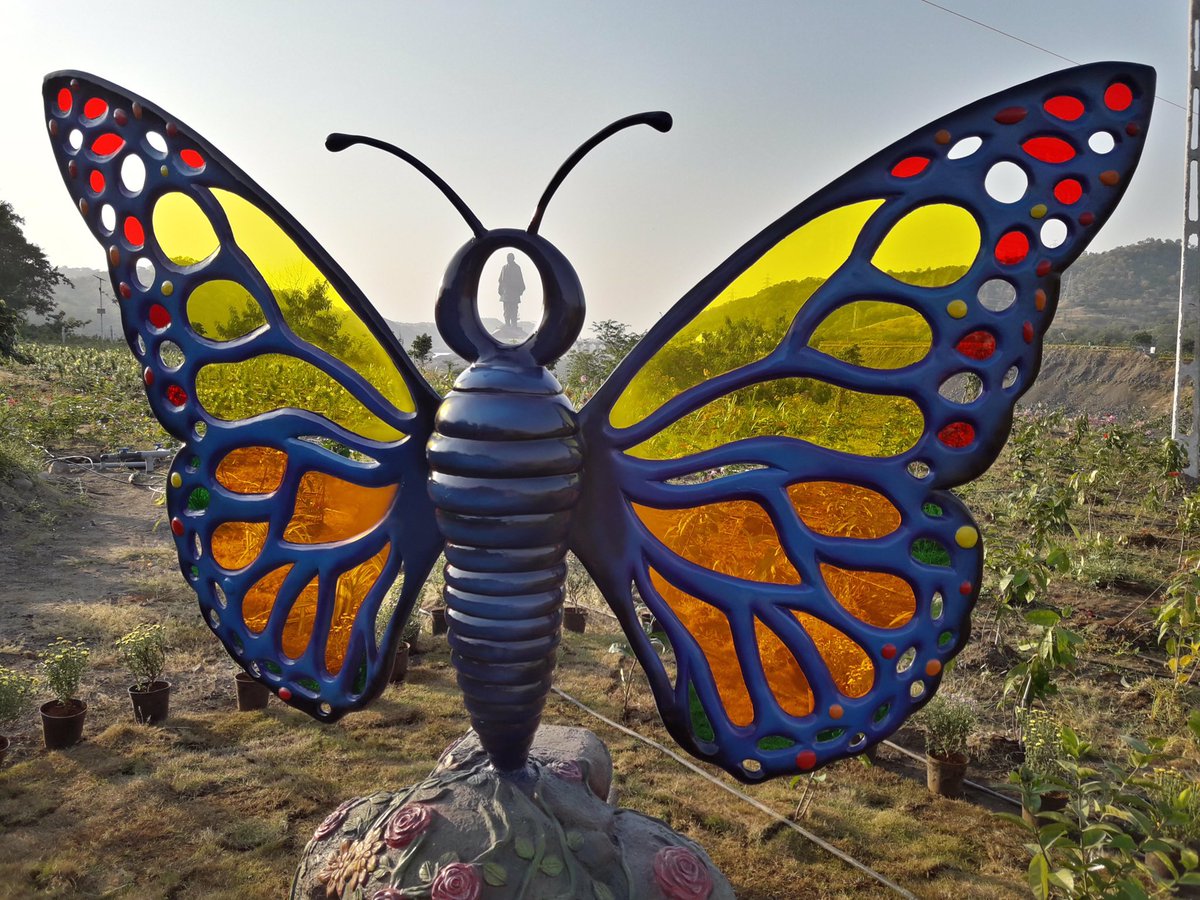 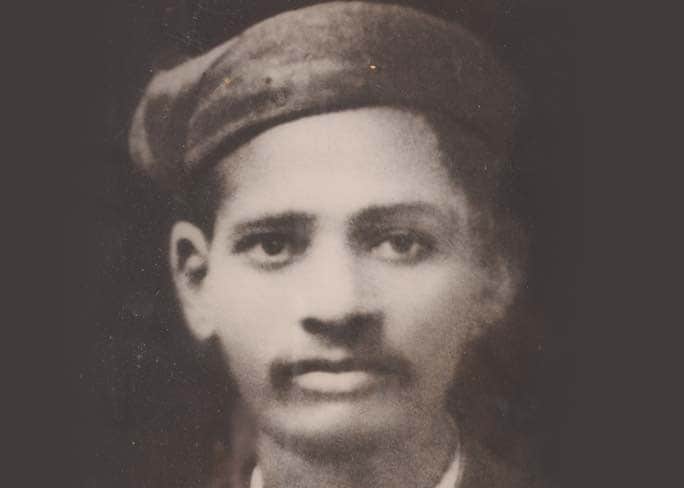 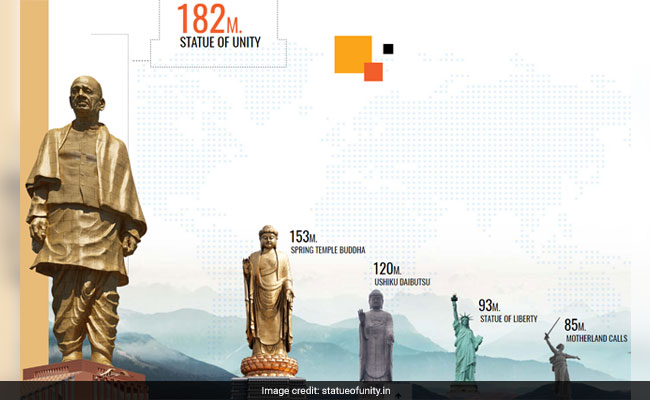 "Post our freedom movement, Sardar Patel worked hard to get more than 550 princely states together to make India one. It's only right that we remember him today," Defence Minister Nirmala Sitharaman was quoted as saying by ANI at Run for Unity event in Tamil Nadu's Chennai.
Oct 31, 2018 08:50 (IST) 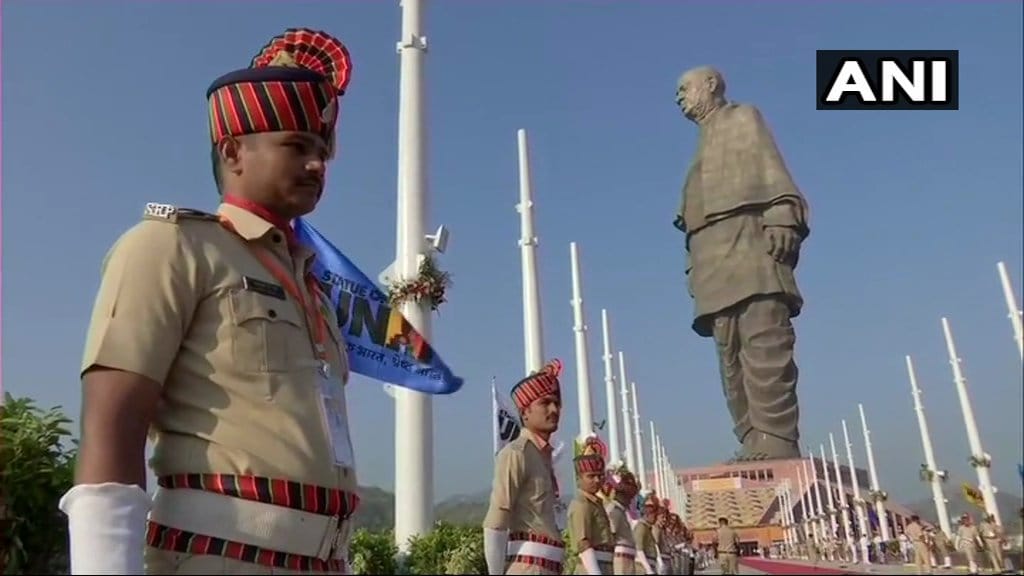 The statue will have a museum on the life of Sardar Patel at the base, and two high speed lifts will take people to the viewers' gallery, from where they can see beyond the Narmada Dam.
Once completed, around 15,000 tourists are likely to visit the statue every day, officials said.
The museum will have 40,000 documents, 2,000 photographs and a research centre dedicated to Sardar Patel's life.
Oct 31, 2018 08:26 (IST)
Major facts on Sardar Vallabhbhai Patel: 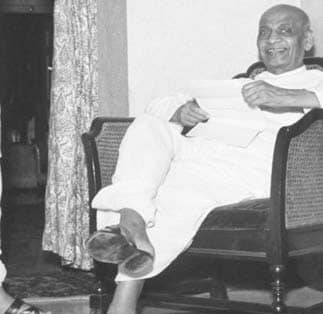 Oct 31, 2018 08:23 (IST)
Unveiling of Statue of Unity a "BJP event": Gujarat Congress
The Gujarat Congress Tuesday has dubbed the event as a "BJP programme". The main opposition party said none of its leaders will take part in the statue dedication ceremony.
Gujarat Congress said it has organised its own event to mark the birth anniversary of Sardar Vallabhbhai Patel.
"We have organised our own programme to mark the birth anniversary of Sardar Patel. We will have a lecture programme, which will be delivered by former Bhavnagar University vice chancellor Vidyut Joshi.
Oct 31, 2018 08:10 (IST)

We bow to the great Sardar Patel, the stalwart who unified India and served the nation tirelessly, on his Jayanti.

A viewing gallery has been created inside the statue to enable tourists to have a view of the dam and nearby mountain ranges.
Oct 31, 2018 07:56 (IST) 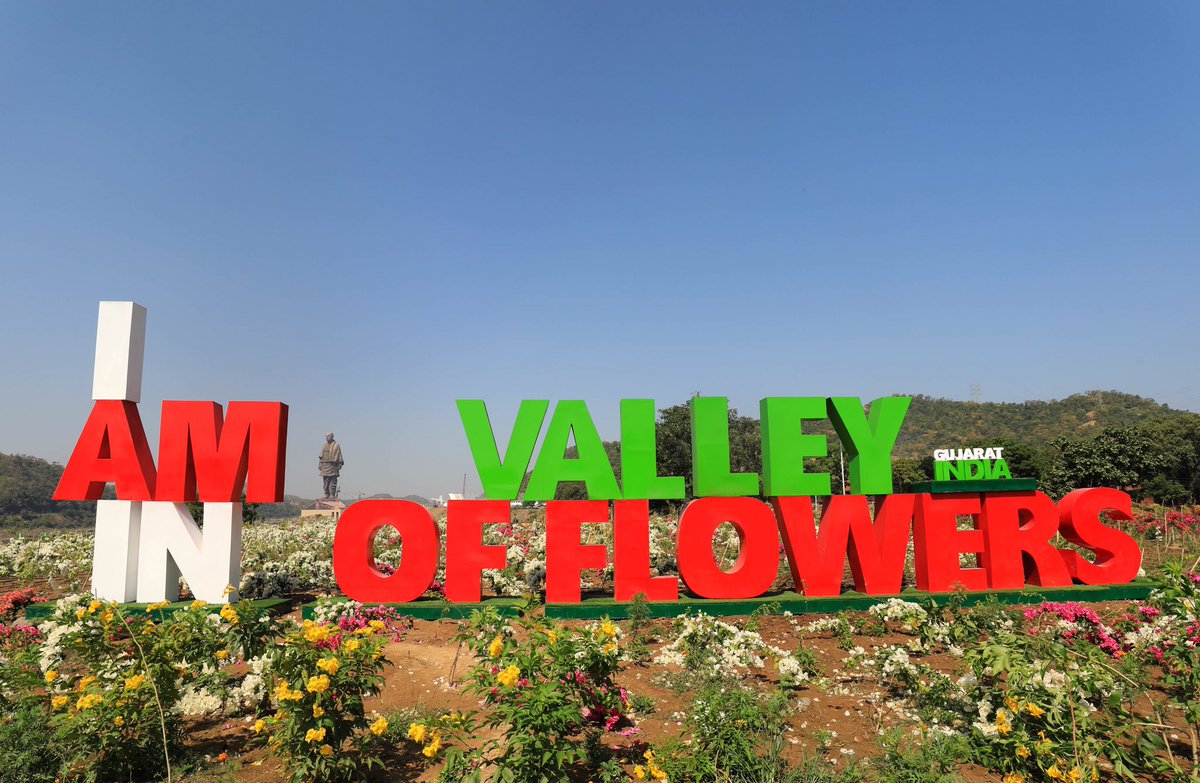 A 17-km-long Valley of Flowers, a tent city for tourists near the statue and a museum dedicated to the life and times of Patel are some of the major attractions near the Statue of Unity.
Oct 31, 2018 07:49 (IST) Oct 31, 2018 07:45 (IST)
Villagers to protest PM's visit
Local villagers have threatened protest over the inauguration of the statue. On Monday, the headmen of 22 villages near the Sardar Sarovar Dam wrote an open letter to PM Modi stating that villagers would not welcome him at the inauguration.
"These forests, rivers, waterfalls, land and agriculture supported us for generations. We survived on them. But, everything is being destroyed now and celebrations are also planned. Don't you think its akin to celebrating someone's death? We feel so," the letter, having common content and signed by sarpanchas of 22 villages, stated.
They alleged that people's hard-earned money is being wasted on projects like Statue of Unity though several villages of the area are still deprived of basic facilities like schools, hospitals and drinking water.
Oct 31, 2018 07:39 (IST) 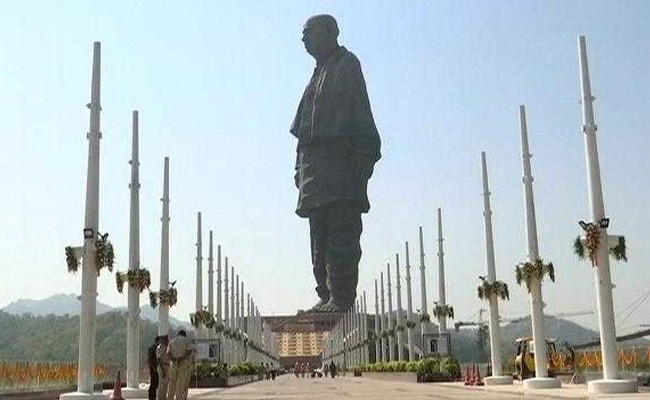 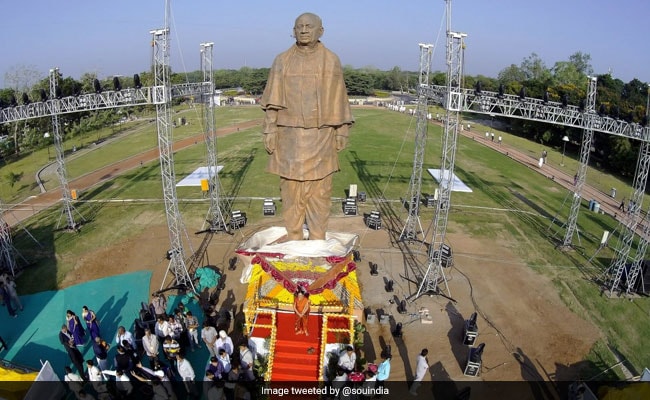 As an artist, i extend my congratulations to the entire team for #StatueOfUnity . My SandArt at Puri beach on this momentous occasion. Tributes to Iron Man of India. #SardarVallabhbhaiPatelpic.twitter.com/KjYVrQjiXm

Oct 31, 2018 06:56 (IST)
The statue is being projected by the BJP as a symbol of unity and as a message that the Congress underplayed the contribution of Sardar Patel towards the country in favour of the Nehru-Gandhi family.
Oct 31, 2018 06:53 (IST)
The Prime Minister will unveil the Statue of Unity on the birth anniversary of Sardar Patel at Sadhu Bet, near Narmada Dam.