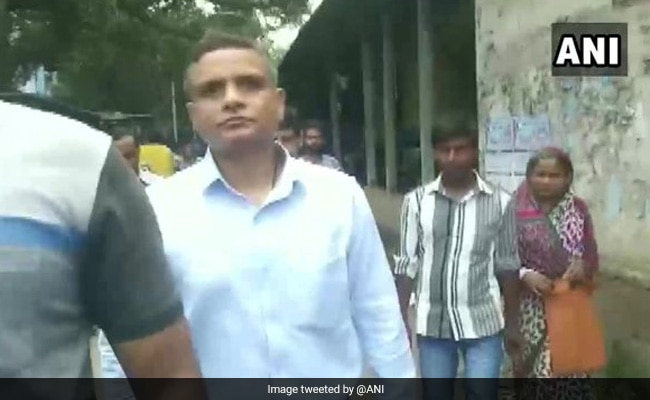 Former Kolkata police chief Rajeev Kumar, who was being searched for by the CBI in the Saradha chit-fund scam case for weeks, surrendered before a local court on Thursday, days after he was granted a pre-arrest bail in the case.

The officer, who now serves as the additional director general of the state Criminal Investigation Department, is accused of destroying evidence related to the Ponzi scam when he was spearheading the probe.

The CBI had given multiple notices to the 1989-batch officer to appear before it for questioning as a witness in the scam. He, however, did not appear before the CBI, seeking more time on every occasion.

On Tuesday, the Calcutta High Court had observed that the case was "not fit for custodial interrogation", adding the officer would have to be released on bail immediately should the CBI arrests him. The court had also ruled that Mr Kumar would be given a 48-hour notice before being summoned for interrogation.

Mr Kumar had gone incommunicado last month after a single-judge bench vacated its order that granted him protection from arrest. The CBI had searched several places to find him.

The Saradha scam was a major financial fraud which lured lakhs of investors to deposit money in its schemes with glossy brochures and the promise of abnormally high returns. An official estimate says Saradha had mopped up about Rs 1,200 crore through its chit funds, but some calculations put that the figure closer to Rs 4,000 crore. The company collapsed in April 2013.

In February, the CBI team reached Kolkata to question Mr Kumar in the case, setting up a confrontation between the centre and West Bengal Chief Minister Mamata Banerjee. The team was stopped from entering the officer's house. Ms Banerjee later staged an impromptu sit-in protest, alleging the move was an "attack on constitutional norms."