The Madras High Court on July 10 dismissed an appeal by Nalini Chidambaram against a single-judge bench's order rejecting her plea challenging the ED summons. 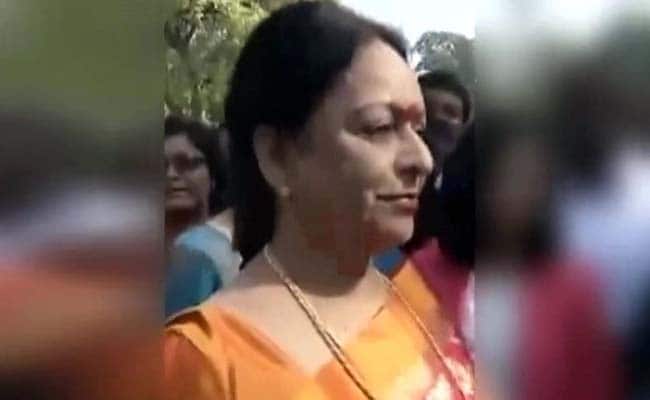 The ED had asked Nalini Chidambaram to appear before it at its Kolkata office.

A bench of justices A K Sikri and Ashok Bhushan also issued notice to the ED on her plea challenging the dismissal of her petition by the Madras High Court against ED summons in the case.

The Madras High Court on July 10 dismissed an appeal by Nalini Chidambaram against a single-judge bench's order rejecting her plea challenging the ED summons.

The high court had said that Section 50 (2) of the Prevention of Money Laundering Act (PMLA) gave sufficient ammunition to an authority to summon any person whose attendance was considered necessary for investigation.

It had also rejected her contention that women cannot be called for investigation out of their place of residence under CrPC Section 160, saying she was not entitled to invoke the section.

The impugned notice was issued on finding certain new facts and contradiction in the statements given, which could not be satisfactorily explained by the authorised agent.

The ED had issued the first summons on September 7, 2016, asking Nalini Chidambaram to appear before it at its Kolkata office. It subsequently issued fresh summons after the single judge's order.

She was allegedly paid a legal fee of Rs 1 crore by the Saradha group for her appearances in court and the Company Law Board over a television channel purchase deal.

In the appeal, she contended that if the trend of summoning and calling advocates who have been engaged by their clients for rendering professional services was not nipped in the bud, it may lead to "disastrous consequences".