Samajwadi Party To Contest 2022 UP Polls On Its Own, Doors Open For Smaller Parties: Akhilesh Yadav

"The Samajwadi Party (SP) would fight the 2022 polls on its own, but keep space for smaller parties and keep its doors open for them," Akhilesh Yadav, who was on a visit to Shravasti, told reporters. 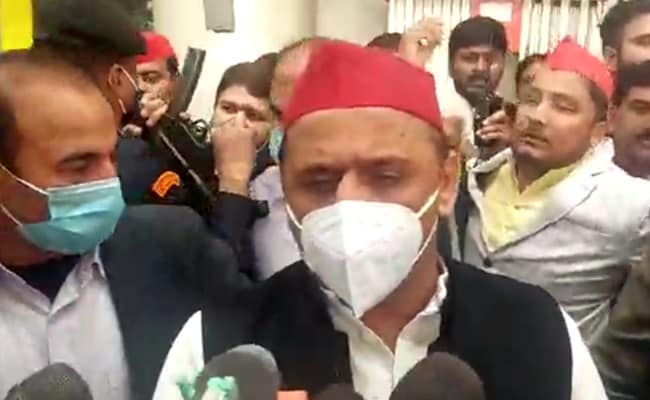 Samajwadi Party would fight UP polls on its own but doors open for smaller parties: Akhilesh Yadav (File)

Samajwadi Party president Akhilesh Yadav on Monday said his party would contest the 2022 Uttar Pradesh Assembly polls on its own, but keep its doors open for smaller parties, including that of his estranged uncle Shivpal Singh Yadav.

"The Samajwadi Party (SP) would fight the 2022 polls on its own, but keep space for smaller parties and keep its doors open for them," Mr Yadav, who was on a visit to Shravasti, told reporters.

Asked if the SP would enter into an understanding with his uncle's Pragatisheel Samajwadi Party, Yadav said he has already said the doors are open for Shivpal and if there is any other winnable candidate of his party, he or she too would be considered.

"We have already said we will not contest in his (Shivpal's) area and he would be made a minister after the formation of the government and given due respect," the SP chief said.

To a question on the upcoming biennial Legislative Council polls on 12 seats, he said if the elections are held, the Bharatiya Janata Party (BJP) will have to look after its MLAs as many of them are ready to "run away".

"I do not know how many candidates have filed nominations, but if voting is held, the BJP will have to take good care of its MLAs as many are ready to run away, knowing that they would be denied tickets in the 2022 election," Mr Yadav said when told that 13 nominations have been filed for 12 seats in the Upper House.

Taking a dig at the ruling party, he said the BJP gives membership on missed calls and asked for the mobile phone number which will ensure that farmers get the minimum support price (MSP) for their crops.

On the COVID vaccine, Mr Yadav said he has nothing against scientists and doctors, but has complaints against the government.

"I want to ask the BJP government when would the poor get free vaccination," he said, alleging that the government does not want to provide vaccines to the poor for free.

The SP chief described the BJP as the "number one party" in telling lies.