Actor Salman Khan has appealed against his five-year sentencing in the poaching case. He appeared in a Jodhpur court today 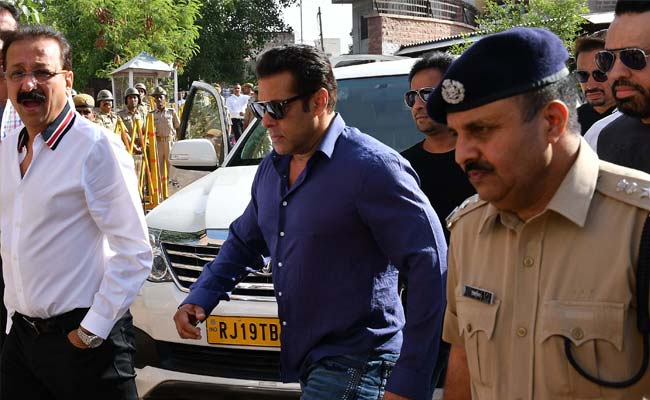 Actor Salman Khan has appealed against his sentencing

New Delhi: Actor Salman Khan's petition for suspension of his jail term will be heard on July 17. The actor appeared in a trial court in Jodhpur today. He had challenged his five-year jail sentence for killing endangered blackbucks in 1998. The 52-year-old star arrived last night in the city with his sister Alvira Khan, friend Baba Siddiqui and lawyers. The actor is out on bail after he was convicted on April 5 for hunting blackbucks, while on a location shoot of the multi-starrer Hum Saath Saath Hain. Salman Khan's co-stars Saif Ali Khan, Neelam, Tabu and Sonali Bendre were acquitted on account of lack of evidence.