The actor is accused of hunting down two blackbucks during the shoot of the film "Hum Saath Saath Hain" at Kankani village in September 1998. 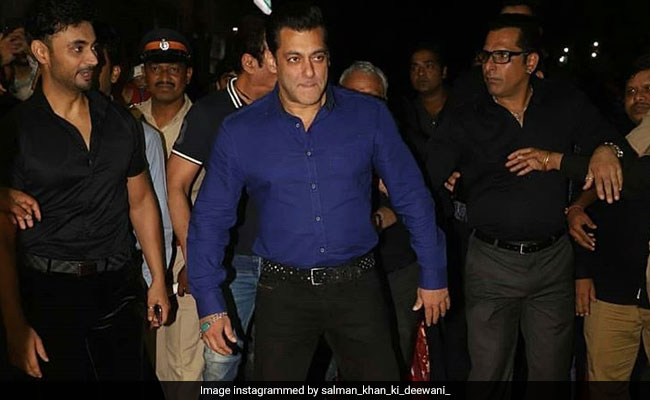 A Jodhpur court has directed Bollywood actor Salman Khan to appear before it on Friday in a case related to the alleged poaching of two blackbucks in Rajasthan's Kankani village over two decades ago.

According to sources, the judge expressed displeasure over the fact that Mr Khan had not appeared before him on even a single occasion ever since the case was taken up. He then asked the actor's lawyer to ensure his presence in court for the upcoming hearing on Friday, or "risk facing cancellation of his bail".

The District and Sessions Court in Jodhpur is hearing Mr Khan's appeal against a sessions court verdict that sentenced him to five years' imprisonment in the poaching case in April 2018.

Mr Khan is accused of hunting down two blackbucks along with fellow-actors Saif Ali Khan, Tabu and Sonali Bendre during the shoot of the film "Hum Saath Saath Hain" at Kankani village in September 1998. The next month, members of the Bishnoi community registered a complaint against Mr Khan and his companions at a local police station.

The actor was arrested on October 12, 1998, on charges of poaching endangered animals but subsequently granted bail. The other co-accused were released, with the court giving them benefit of doubt.

The Jodhpur court had issued a similar warning to the Bollywood actor in July. Judge Chandra Kumar Songara had reportedly rejected Mr Khan's explanation that he could not attend hearings due to his shooting schedule, and warned that his bail could be cancelled if he fails to make himself available to the court.

Mr Khan has been acquitted by the Rajasthan High Court in two other poaching cases involving chinkaras (Indian gazelles).