The contentious bill was passed in parliament last week after heated debates. 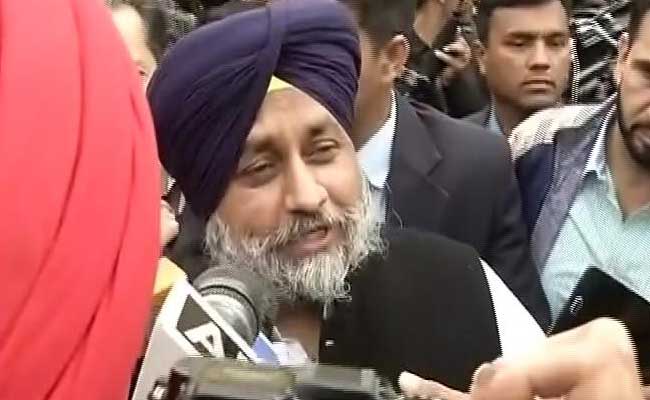 The Shiromani Akali Dal (SAD) wants Muslims to be included in the list of religions eligible for benefits under the amended Citizenship law, party chief Sukhbir Singh Badal said on Sunday. The BJP ally made the remark amid massive protests in many parts of the country against the law, which makes it easy for non-Muslim refugees from Pakistan, Bangladesh and Afghanistan to become Indian citizens.

The contentious bill was passed in parliament last week after heated debates. Mr Badal's party had supported it but had said the centre must include Muslims under its purview.

Mr Badal was on Saturday unanimously re-elected as the president of the Shiromani Akali Dal for another five years, the third time in a row. He addressed a gathering the next day.

"When the Parkash Singh Badal government was here, people of all the religions had a sense of security. He had set an example for the rest of the nation. Thousands of our Sikh brothers, sisters were persecuted in Pakistan, Afghanistan...," he said.

"In last 20-25 years, SAD has been fighting for their citizenship... SAD also wants Muslims to be included in the Citizenship Act... We have always talked about the welfare of people of all the religions, not just of the Sikhs," he added.

The law had triggered protests in many parts of the northeast states and West Bengal.

On Sunday, after an agitation at Delhi's Jamia Millia Islamia University turned violent, the police stormed into its campus and detained around 100 students. They were released after students staged protest outside Delhi Police headquarters. Several students are reported injured in the police action.

Students of several universities across the country have launched protests to show solidarity with the Jamia students.