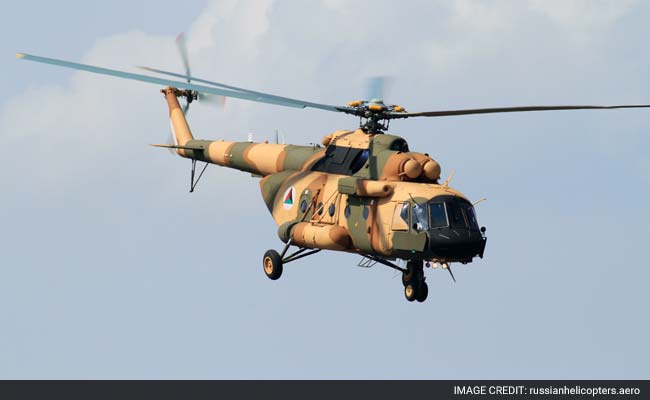 New Delhi: Russia has handed over to India the final batch of three Mi-17V-5 military transport helicopters under a previously signed contract even as it gets ready to ink yet another deal for another 48 such choppers.

The contract with Rosoboronexport, a company of Rostec State Corporation, entailed a total of 151 units of the Mi-17V-5 helicopter produced by the Kazan Helicopter Plant, part of Russian Helicopters company.

"India is one of the key markets for 'Russian Helicopters' and the largest operator of Russian helicopters in southeast Asia. Today, more than 400 vehicles are operating in the country," General Director of the holding company Russian Helicopters Alexander Mikheyev said.

Mi-17V-5, supplied to India, is among the most technically advanced helicopters of the Mi-8/17 type. Each Indian Mi-17V-5 has a complex navigation and electronic display KNEI-8.

In this complex the numerous indicators of various information systems of the helicopter are replaced with four multi-function displays, the presence of which unloads dashboards and greatly facilitates the work of the crew.

It also significantly simplifies pre-flight check of the helicopter with information from all sensors of conjugate systems on a single monitor screen, a statement by Rostec State Corporation said.

In addition, the provided helicopters are equipped with modern powerful engine, which significantly extends the capabilities for the transport of heavy and bulky loads, especially in the Indian highlands and mountains.

The Air Force plans to order another 48 Mi-17V-5. The new helicopters would be used for operations in various areas, in the desert and the mountains.

The involved parties (Rostec and HAL) had launched the project earlier this year. The agreement also provides for the maintenance, operation and repair of helicopters and provision of technical support.

In 2012-2013, three additional supplies had been signed to supply a total of 71 Mi-17V-5 for the needs of the air force, Home Ministry and the Prime Minister's Office.