Rupee Not Breaking, It's Broken: Rahul Gandhi's Fresh Attack On The BJP

The rupee plunged as global oil prices continued to rise, deepening concerns about the current account deficit and capital outflows. 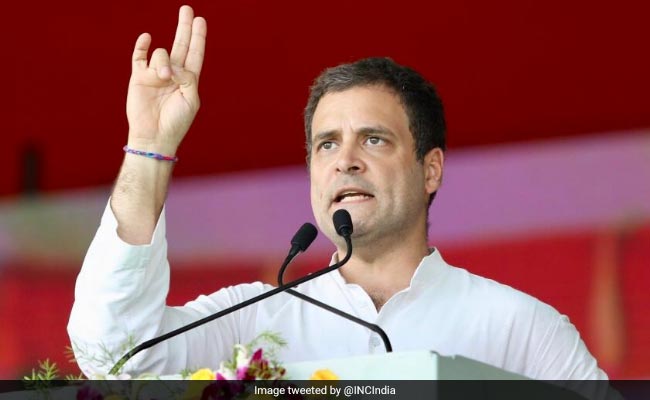 "Breaking: Rupee slips to 73.77. It's not breaking - it's Broken," Rahul Gandhi said on Twitter

As the rupee hit a record low of 73.77 against the US dollar on Thursday, Congress President Rahul Gandhi said the Indian currency is not breaking, but is "broken".

The rupee plunged as global oil prices continued to rise, deepening concerns about the current account deficit and capital outflows.

Senior Congress leader Anand Sharma said with the rupee constantly losing its value, it is the "worst performing" currency of Asia.

Congress chief spokesperson Randeep Surjewala said the rupee has crossed Prime Minister Narendra Modi's age (68) and asked when it will cross the age of the 'margdarshak mandal', the BJP's advisory body comprising of party veterans.

Rahul Gandhi had on Wednesday hit out at PM Modi, questioning his silence over the falling value of the rupee and spiralling fuel and gas prices.

State-owned oil marketing companies have been allowed to raise $10 billion from overseas market to meet their working capital needs.

At the interbank foreign exchange, the rupee opened lower and slipped further to a fresh low of 73.77 a dollar against 73.34 on Wednesday, a fall of 43 paise.