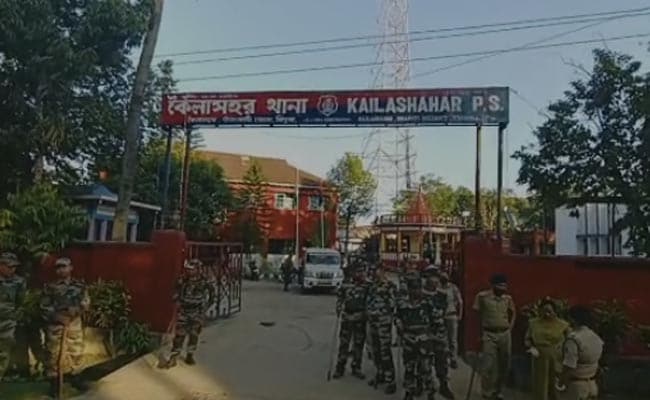 An activist of the Akhil Bharatiya Vidyarthi Parishad (ABVP) was stabbed last evening outside a school at Kailashahar in Unakoti district of north Tripura, the police said. ABVP worker Shibaji Sengupta was seriously injured after he was attacked during the outfit's membership drive. He was rushed to a hospital where his condition is said to be stable. A police official confirmed the attack.

The student wing of the BJP's ideological mentor Rashtriya Swayamsevak Sangh has claimed that the attack was "communal".

Prohibitory orders have been imposed in Kailashahar. This means that a gathering of more than four people is banned unless specifically permitted. There are also reports of low-key incident involving two different communities from the district, police sources added.

"Accused have been arrested in the stabbing incident in Kailashahar. Section 144 imposed in the area; situation under control. People should abide by law. Neither should they spread rumours nor believe in them," UK Chakma, Unakoti District Magistrate, told reporters.

The police, in a press statement, said some communal incidents have happened in the state in the past couple of days and the police have filed nine cases and arrested three people.

On Tuesday, a mosque was vandalised and two shops were set on fire in the violence that happened during a Vishwa Hindu Parishad (VHP) rally taken out to protest against a series of attacks on Hindus reported during Durga Puja in Bangladesh.