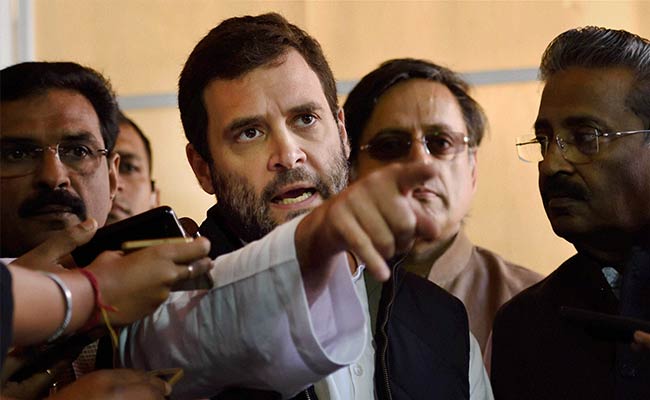 New Delhi: The RSS today denied Congress vice president Rahul Gandhi's statement that he was stopped by its workers from entering a temple in Barpeta in Assam.

"When I went to Assam, I wanted to visit a temple in Barpeta district. At the temple, RSS people stopped me from entering. Who are they to stop me?" the Congress leader said today.

A day earlier, the Bharatiya Janata Party accused the Congress of spreading hatred against the RSS, citing a first information report registered against Uttar Pradesh Congress chief Nirmal Khatri on the charge of morphing a photo to show an RSS activist disrupting relief operations in flood-affected Chennai.

Mr Khatri had expressed regret and announced he was withdrawing the photo.