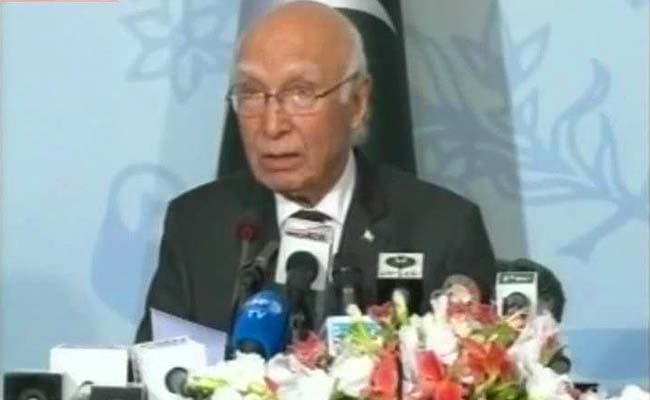 On August 23 last year, a controversy had erupted over the proposed meeting between Pakistan's former NSA Sartaz Aziz and Hurriyat leaders ahead of NSA-level talks in India.

Jammu: The Centre should not give into "provocation" and continue its engagement with Pakistan, the Rashtriya Swayamsevak Sangh (RSS) today said and ridiculed the separatists who have been invited by Pakistan for 'Pakistan Day' function at its High Commission in Delhi.

"They (separatists) don't want us to be friendly with that country (Pakistan). We want good relations with our neighbours. We should continue on our aims and objectives rather than bothering about such silly people," RSS Prant Sang Chalak, Jammu and Kashmir, Brigadier (retired) Suchet Singh told reporters.

"Such a provocation by inviting them should not matter. We should continue with the dialogue (Pakistan) and in a positive manner," he said

Hardline separatist Syed Ali Geelani and Asiya Andrabi among others have been invited by Pakistan to attend 'Pakistan Day' function at its High Commission in Delhi on March 23.

"We should put up our point of view in a strong manner and let them (separatists) do whatever they want," Brigadier Singh said.

Minister of State in Prime Minister's Office Jitendra Singh has also been invited to the function. However, sources said it is unlikely that he will attend the function.

Pakistan has been inviting separatists every year to attend the 'Pakistan Day' function.

Minister of State for External Affairs VK Singh had represented the government at the Pakistan National Day reception last year. The meetings of Kashmiri Hurriyat leaders with Pakistani establishments have always raised eyebrows.

On August 23 last year, a controversy had erupted over the proposed meeting between Pakistan's former National Security Adviser (NSA) Sartaz Aziz and Hurriyat leaders ahead of NSA-level talks in India.

India had then advised Pakistan that it would not be appropriate for Mr Aziz to meet Hurriyat representatives. The NSA level talks had to be called off between the two nations.