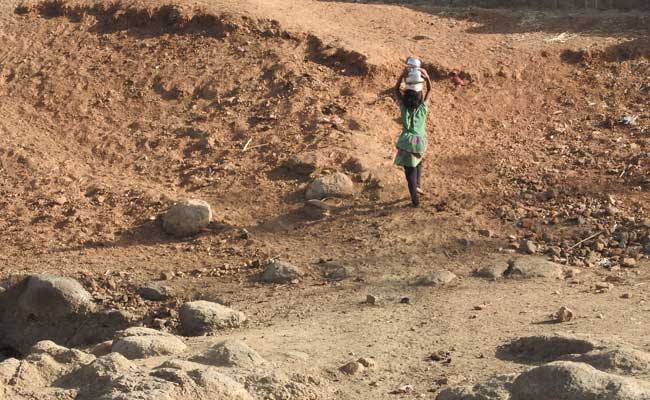 Ken-Betwa project will address drinking water and irrigation requirements of the Bundelkhand region.

Union Water Resources Secretary Amarjeet Singh, who heads the committee, confirmed the investment clearance given to the project.

The first-of-its-kind project covers parts of Madhya Pradesh and poll-bound Uttar Pradesh. Phase I of the project has received clearances from the National Board for Wildlife (NBWL), Tribal Affairs Ministry and lately from the Environment Ministry's EAC.

However, the Environment Ministry's final approval to the project is still awaited as it decides taking into account the recommendations of its Expert Appraisal Committee (EAC).

Also, the EAC's nod comes even as the project is being examined by Supreme Court appointed Central Empowered Committee (CEC) for adequacy of mitigative measures against its adverse impact on the Panna tiger reserve in Madhya Pradesh.

The first phase of the project will cost about Rs 9,393 crore and is likely to be completed in nine years.

The project comes under Accelerated Irrigation Benefit Programme (AIBP) in which the Centre contributes 60 per cent funds and the rest is by the state. But the Water Resources Ministry has asked NITI Aayog to change the funding pattern to 90:10 ratio given it is a national project.

Sources in the Water Resources Ministry said the NITI Aayog is convinced of the ministry's proposal but the final call on the funds would be taken by the Finance Ministry.

"We will follow whatever is the government's decision in this regard meanwhile (until the funding pattern is finalised)," sources in the ministry said.

The project envisages construction of a dam across river Ken in Chhatarpur district in Madhya Pradesh to irrigate 6.35 lakh hectares of land, serve drinking water purposes in Bundelkhand region and generation of 78 MW hydropower.

Of this, 3.69 lakh hectares will be covered in Madhya Pradesh's Chattarpur, Tikamgarh and Panna districts. The remaining 2.65 lakh hectares of area falls in poll-bound Uttar Pradesh's Mahoba, Banda and Jhansi districts.

A total of 10 villages consisting of 1,585 families are likely to be affected by this project. About 9,000 hectares area would be submerged, out of which 4,141 hectares is forestland in Panna Tiger Reserve in Madhya Pradesh.

Promoted
Listen to the latest songs, only on JioSaavn.com
The project comprises two powerhouses of 2x30 MW and 3x6 MW each, two tunnels of 1.9 km long at upper level, 1.1 km long tunnel at lower level and a 221 km long Ken-Betwa link canal, proposed on the left bank of the river.

The project was first mooted in the early 1980s but was actively taken up by the previous NDA government under then Prime Minister Atal Bihari Vajpayee. It was then challenged in the Supreme Court, which finally gave the nod in 2013.