Amid privacy concerns over Aadhaar, amendments have been planned in the Act, under which the government also proposes to arm the Unique Identification Authority of India (UIDAI) with more powers, say sources 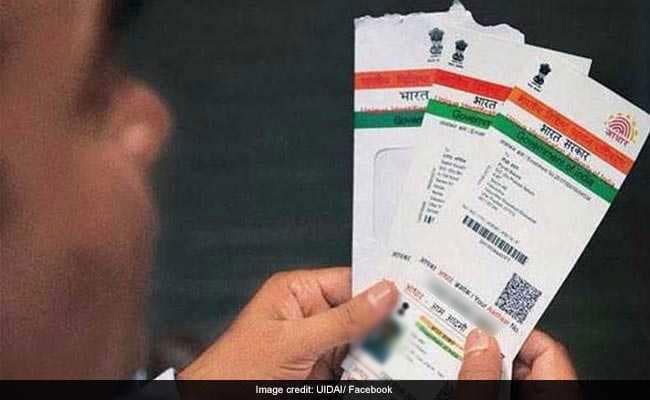 The government has proposed a penalty of up to Rs 1 crore on entities that violate the provisions of the Aadhaar Act, with an additional fine of up to Rs 10 lakh per day in case of continuous non-compliance, sources said.

Amid privacy concerns over Aadhaar, amendments have been planned in the Act, under which the government also proposes to arm the Unique Identification Authority of India (UIDAI) with more powers, similar to that of regulators, sources said.

The Aadhaar Act, at present, does not empower the body to take enforcement action against errant entities in the Aadhaar ecosystem.

Children, holding Aadhaar, will have the option of cancellation of the 12 digit biometric identifier within a period of six months of attaining 18 years of age. The consent of a parent or guardian will be must for enrolling a child, while no child will be denied any subsidy, benefits or services for lack of Aadhaar, as per the proposed changes.

The proposed amendments also make provision for 'Virtual ID' and voluntary and offline modes of using Aadhaar. A bill to amend the Aadhaar Act, the Indian Telegraph Act and the Prevention of Money Laundering Act is listed for introduction in the Lok Sabha tomorrow.

Besides, the government also plans to set up a UIDAI fund under the Aadhaar Act and has proposed that the authority be exempt from taxes on income.

Mooting fines for violation of the Aadhaar Act, the draft provisions say that a new section will be added to provide for civil penalties which may extend to Rs 1 crore for each contravention on failure to comply with provisions of the Act, rules, regulations and directions by any entity in the Aadhaar ecosystem.

The Aadhaar ecosystem includes enrolling agencies, registrars, requesting entities, offline verification seeking entities and any other entity or group as may be specified by regulations.

It further mooted an additional penalty of up to Rs 10 lakh for each day of continuing non-compliance after the first contravention.

Punishment for unauthorised access to the Central Identities Data Repository as well as data tampering is proposed to be extended to 10 years each from the current three years.