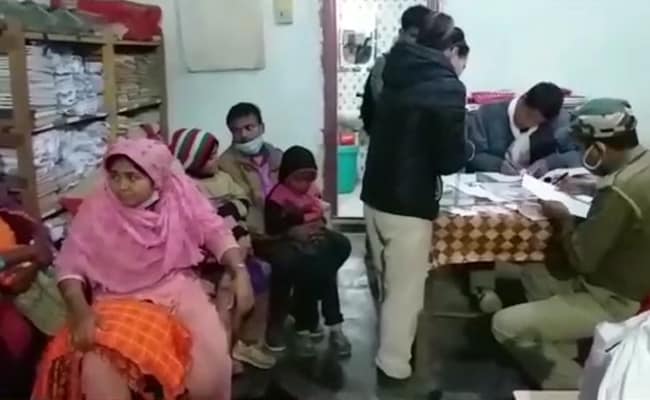 Thirteen Rohingya refugees, including six children, have been arrested from Assam's Karimganj district - which borders Bangladesh - police sources told NDTV on Thursday, adding that all 13 were arrested for trying to illegally cross the international border.

The refugees, who were taken into custody on Tuesday, were picked up off a bus travelling from Agartala in Tripura to Guwahati in Assam. Sources said they were arrested from the Churaibari inter-state border. The arrested group includes four men and three women.

Police sources said after initial interrogation it appeared they were from two different families and had been living in refugee camps in Bangladesh's Cox's Bazar. At least two members of the group had travelled to India previously, the sources added.

A fake Aadhaar card and Indian currency were recovered from their possession.

Some members of the group told police they were trying to reach either Delhi, Hyderabad or Jammu in search of work; all three regions have settlements of Rohingya refugees.

Last month police said they had arrested eight Rohingya refugees for trying to illegally enter India via Myanmar. In a separate incident, 14 Myanmarese refugees were detained in Bengal's New Jalpaiguri; they had fled from Cox's Bazaar and entered India on November 26.

Overall, 35 Myanmarese nationals, including Rohingyas, have been arrested in the past month.

Bangladesh sparked worldwide outrage earlier in December after it carried some 1,600 Rohingyas to Bhashan Char, a remote island in the Bay of Bengal that is around three hours from Cox's Bazar.

The Bangladeshi government said it was only moving refugees who were willing to go, and that the move was necessary to ease overcrowding in camps that are home to more than a million Rohingyas, who are members of a Muslim minority who fled neighbouring Myanmar.

But two Rohingya being relocated told Reuters their names appeared on lists compiled by government-appointed local leaders without their consent, while aid workers said officials used threats and enticements to pressure people into going.