"Surrounded By 4 Strong Women": Here's What Robert Vadra Said About Them

Robert Vadra said that he will "celebrate the day with them, once I am back from ED interrogation." 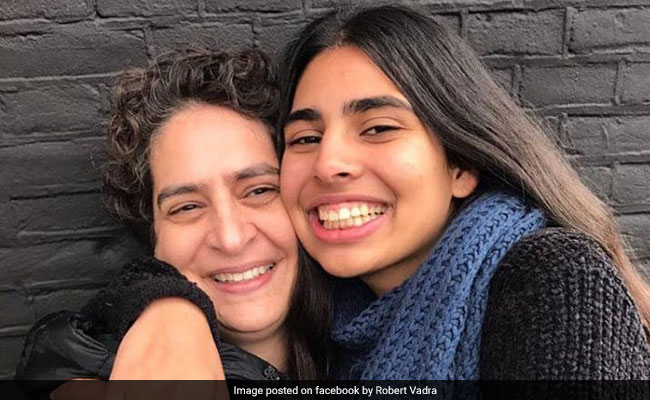 Robert Vadra posted on Facebook about "hardworking, courageous" women in his family

On International Women's Day, businessman Robert Vadra posted a message on Facebook to honour the "four strong women" in his life. "I am happy to be surrounded by 4 strong women, 'my mother, my mother-in-law, my wife and my daughter'. The keywords to describe them are 'hardworking, courageous, compassionate & determined'," the husband of Congress leader Priyanka Gandhi Vadra wrote.

He also posted two photos of his family; in one of them, UPA chairperson Sonia Gandhi and his mother Maureen Vadra are seen flanking the Gurgaon-based businessman as they stand around a table where a cake has just been cut.

"My message: today and every day is your day! Make the most of it. May India become a safe and secured country of your dreams," said Robert Vadra, who is being investigated by the Enforcement Directorate for alleged wrongdoings in property and land deals. His mother was also questioned in Jaipur last month.

He added, "I will celebrate the day with them, once I am back from ED interrogation... I have already deposed for 10 days of almost 64 hours, cooperating with the interrogations. I believe in truth and justice."

"I know numerous other women, who have stood for their rights; who have excelled in fields including business, science, finance, sports," Robert Vadra said.

Sending out a clear message, Priyanka Gandhi Vadra had dropped off her husband at the Enforcement Directorate's office in Delhi on February 12 when he appeared for questioning for the first time. "I stand by my husband," she had told NDTV.

"These things will keep going on. I am doing my work," she had later said when asked by reporters about her husband's questioning.

Robert Vadra on Wednesday became the target of BJP taunts for saying he would join politics till his name is cleared. "I am in this country, there are people who have looted the country and run away, what about them? I am always going to be in this country, I will not leave or be in active politics till I clear my name - that is my promise."

The BJP tweeted: "Robert is really honest. Thanks for accepting that you looted. You are now eligible for the Bharat Ratna as per your family quota."